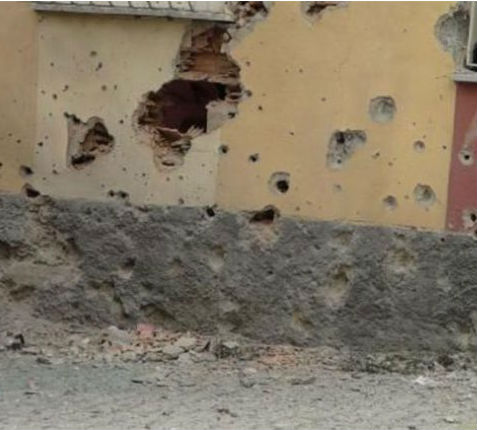 Several houses and work places in the southeastern city of Kilis were hit by a number of anti-aircraft missiles fired from across the Syrian border at around 8:00 a.m. on Wednesday, following recent missile drops over the city from Syrian areas held by the terrorist Islamic State of Iraq and Syria (ISIS).

Some of the anti-aircraft missiles struck the walls of a middle school, as well as a number of cars and other vehicles in central Kilis, causing panic among the public. The most affected neighborhoods have been reported as Şıh Abdullah, Polat Paşa, Hürriyet and Orhangazi.

No casualties have been reported. Police, who arrived in the neighborhoods upon call from the locals, started examination at the spots hit by missiles. Kilis Police Chief Candemir Özdemir has also visited the affected areas.

More than 50 rockets have been fired on Kilis from ISIS-held territories over the past four months between October and January 2016, leaving 16 people dead and injuring 50 others. In January, a rocket fired by ISIS hit a mosque near the Kilis Governor’s Office, killing one and injuring 10 others. Deputy Prime Minister Yalçın Akdoğan was reportedly having a meeting with Kilis Governor Süleyman Tapsız at the Governor’s Office at the time of the explosion.