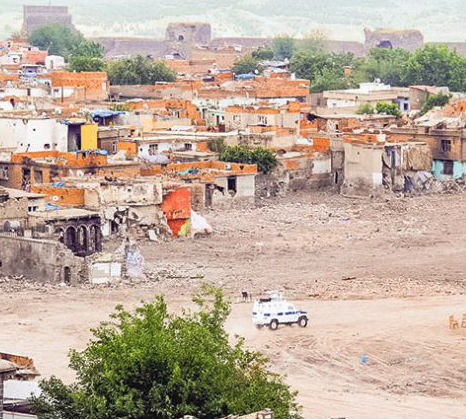 The curfew in 10 neighborhoods of the southeastern Lice district was lifted at 5 a.m. on Sunday following military operations against the terrorist Kurdistan Workers’ Party (PKK) in the area, the Diyarbakır Governor’s Office announced.

In a statement issued by the Diyarbakır Governor’s Office, the curfew imposed in 10 Lice neighborhoods on Saturday, June 4 at 10:30 a.m. “for the life safety of the local civilians” was removed on Sunday, June 5 at 5:00 p.m. The governor thanked the residents in the statement for abiding by the curfew.

The army operation targeted PKK members, including top-level figures, and their accomplices based in the mountain and in the forestry areas in Lice.