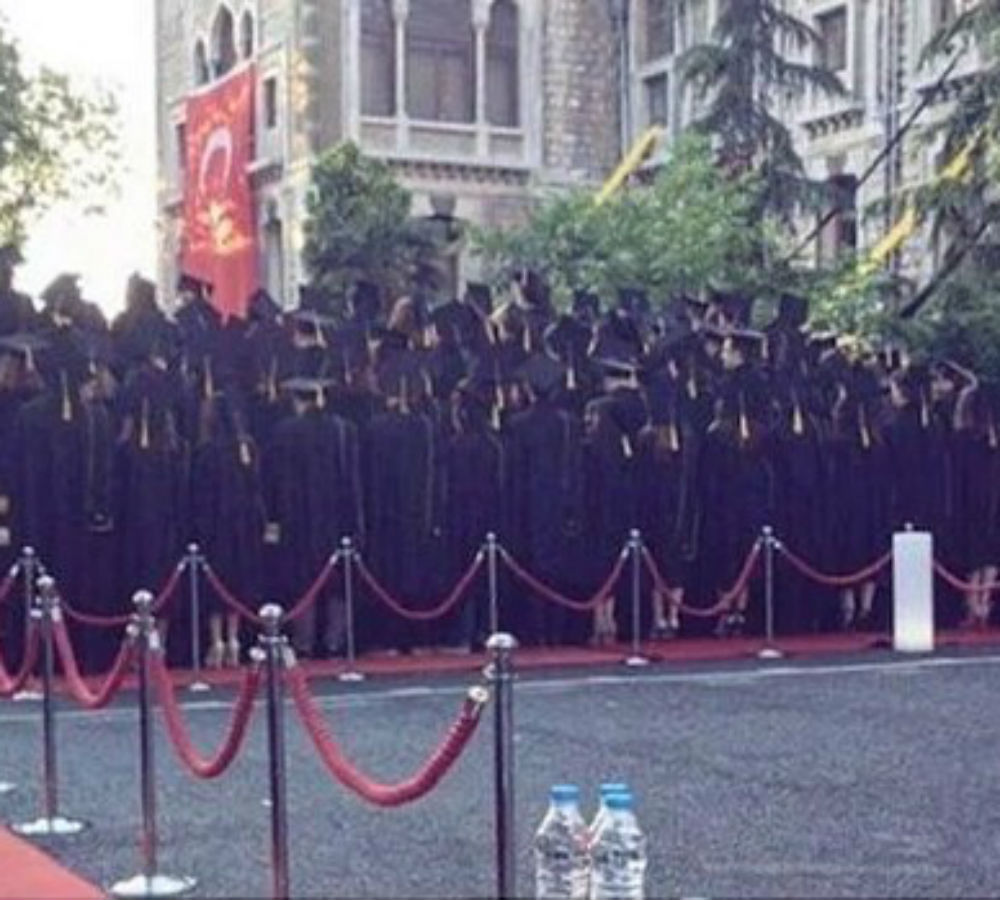 Students from İstanbul Erkek Lisesi (İstanbul Boys’ High School) protested their school’s principal by turning their backs during his speech at the graduation ceremony on Saturday.

The graduates of the year also released a statement in which they said there was discrimination against certain people in the school. The statement also said that the students’ requests to organize social activities were rejected.