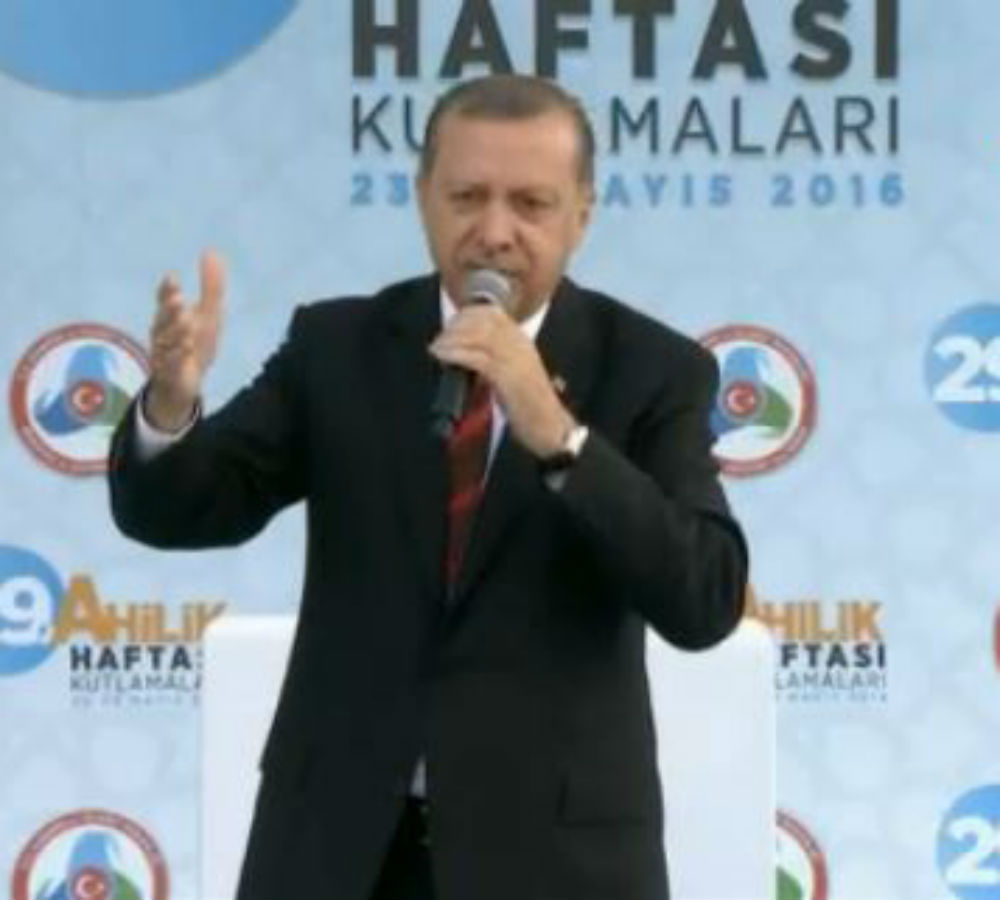 High judiciary members joined President Recep Tayyip Erdoğan in celebrations for Ahilik week in Kırşehir province on Friday, raising another question on the independency of the judiciary.

The heads of Supreme Court of Appeals, Council of State and Court of Accounts had also harvested tea along with President Recep Tayyip Erdoğan during his visit to Rize province last Saturday.

They also joined Erdoğan in Kırşehir on Friday and listened to his speech in which Erdoğan said that he is expecting a Cabinet decision that will officially declare sympathizers of the Gülen movement as a “terrorist organization” in order to put them on trial, in what is widely considered a move by the president of acting like the judiciary.

Mustafa Karadağ, head of a union for judiciary members, had told a Turkish daily that it is not right for judicial members to pose with Erdoğan in such a term, when there are many claims that the decisions by the judiciary are affected by his authority.

Ahilik is an organization that the people in Anatolia between the 13th and the 19th centuries used to be trained in the field of arts and profession.