The number of houses sold to foreigners in Turkey decreased 14.4 percent in April, compared to the same month of the previous year, according to figures released by the Turkish Statistics Institute (TurkStat).

Most of the foreign sales were made to Iraqi citizens with 276 houses from Turkey in April 2016. The followers of Iraq were Kuwait with 172 house sales, Saudi Arabia with 165 house sales, Afghanistan with 115 house sales and Russia with 96 house sales.

Provinces where fewest houses were sold were Ardahan, Hakkari and Şırnak – southeastern Turkey – with 7, 13 and 18 houses being sold primarily due to Turkey’s terror problem. 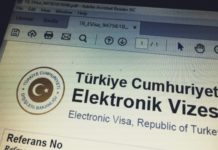