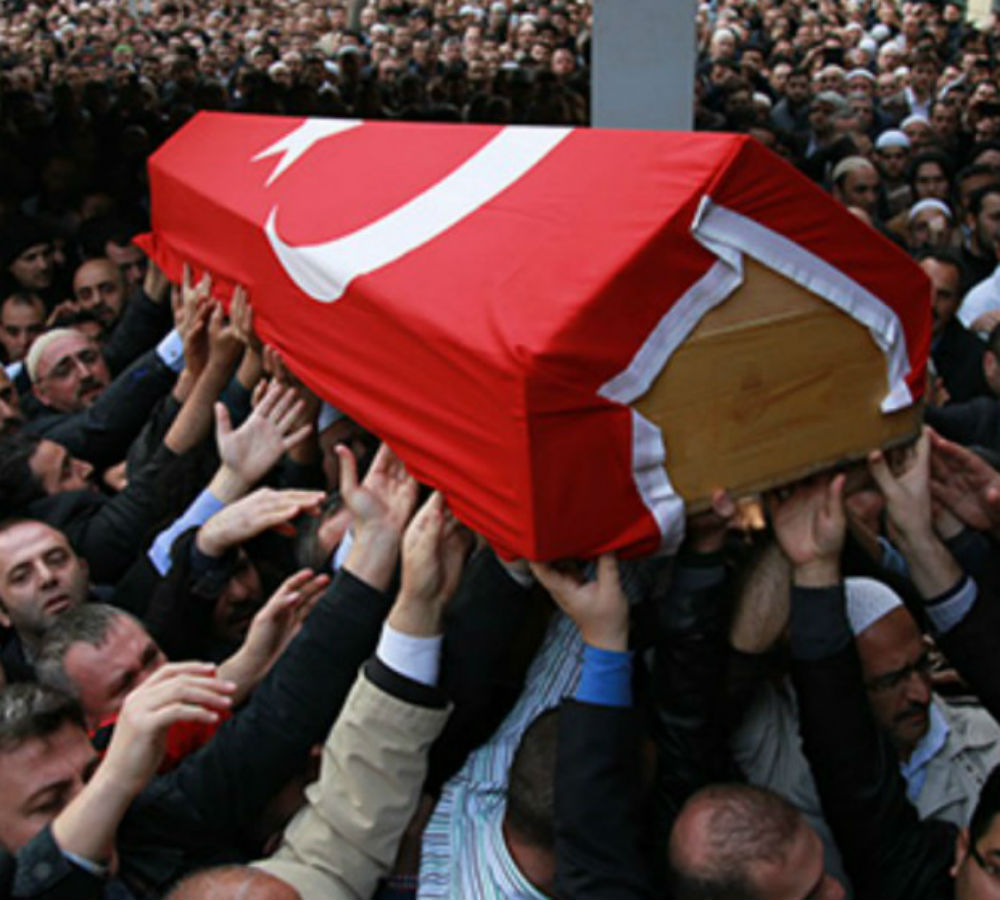 The ongoing clashes between the terrorist Kurdistan Worker’s Party (PKK) and the Turkish security forces and an explosion left five soldiers dead on Thursday.

A soldier was killed in a clash which broke out on Gürpınar-Edremit highway in the western province of Van early on Thursday. Another soldier was also injured in the same clash.

Turkish General Staff released a statement on Thursday for the specialized sergeant who lost his life in Gürpınar, informing the public of his death. The statement wished “God’s mercy upon fallen soldier,” and conveyed condolences to his family and friends, the Turkish Armed Forces (TSK) and Turkish nation.

Later in the day, a military vehicle sent to the area after the clash got into an accident. the accident caused to the death of another soldier.

Three soldiers were also killed in Nusaybin district of southeastern Mardin province after a handmade explosive planted by PKK members exploded on the same day. The explosion wounded seven other soldiers.

Two more soldiers were injured in clashes that took place in Tatvan district of the southeastern Bitlis province. The injured were sent to Tatvan Military Hospital for treatment, while a wide-range air supported operation was launch in the region.

There have been repeated clashes between security forces and PKK members since a cease-fire between the government and the PKK’s jailed leader, Abdullah Öcalan, collapsed in July of last year.