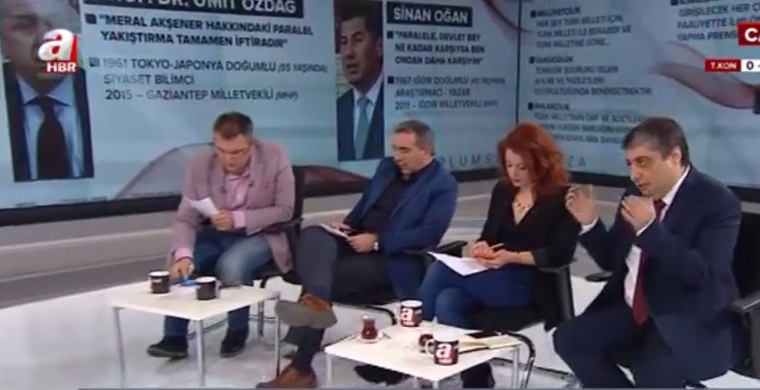 Pro-government Star daily columnist Nasuhi Güngör was fired from the newspaper after his statements during a live television program in which he spoke critical of Prime Minister Ahmet Davutoğlu.

During a TV program aired on pro-government A Haber channel on Wednesday night, Güngör complained that Turkey suffers from “double-headedness” since it has not been able to ensure a switch to a presidential system. “Turkey saw significant services of Davutoğlu during his term as the foreign minister. But no solution is being brought to Turkey’s ongoing tensions with both Russia and Syria, which I cannot still understand. Turkey has to get away with this doubled structure. Let me speak honestly, this issue can no longer proceed with Mr Ahmet Davutoğlu. The [Justice and Development Party] AK Party should find a new way out,” Güngör said.

The journalist was fired by the Star daily, which is owned by businessman Ethem Sancak who has close ties with President Recep Tayyip Erdoğan, over his remarks early on Thursday. News reports said the state-run broadcaster Turkish Radio and Television Corporation (TRT) has also taken disciplinary action against Güngör, who is also the undersecretary of TRT general manager.

There has long been speculation that there is a divergence of opinion between Erdoğan, former prime minister and the founder of the AK Party, and Davutoğlu on a variety of issues. The president is also known to be a strong supporter of a switch to a presidential system, in which he hopes to have broader executive powers.