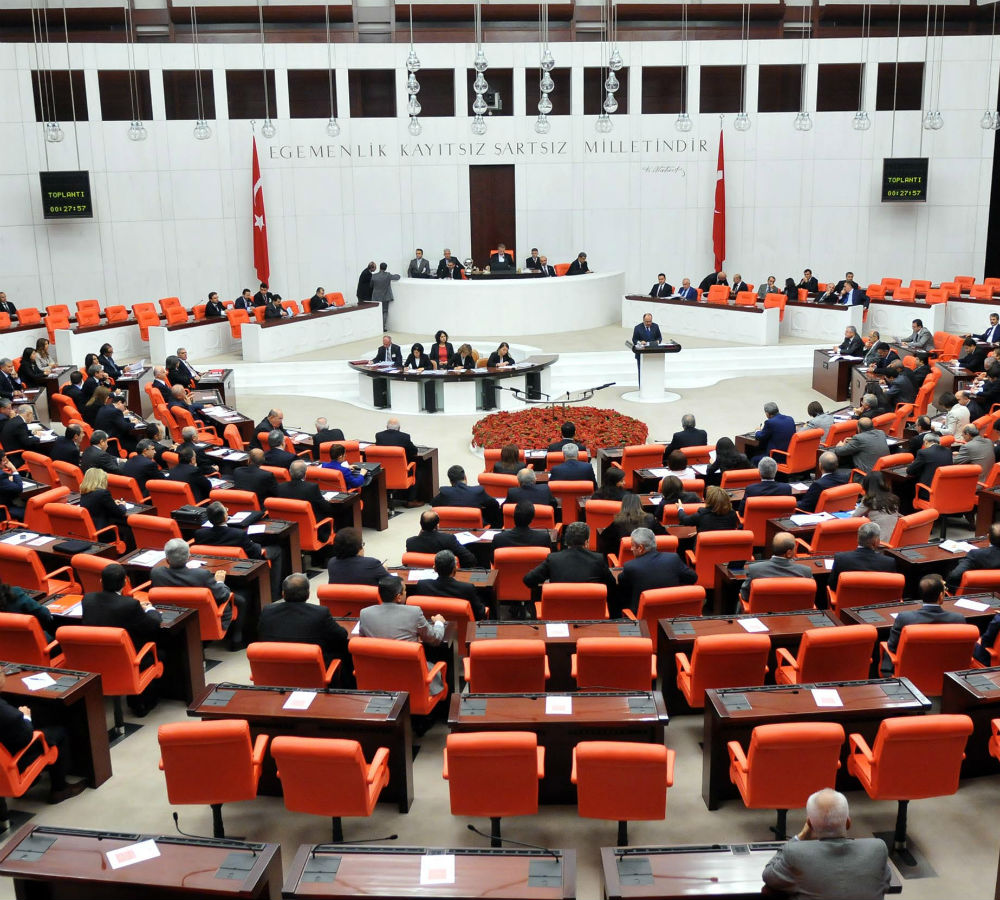 The ruling Justice and Development Party (AK Party) has submitted a draft proposal which seeks to lift parliamentary immunities of lawmakers from prosecution.

The proposal, which was submitted to Parliament on Tuesday with the support 316 AK Party deputies, seeks to amend Article 83 of the Constitution which says: “A deputy who is alleged to have committed an offence before or after election shall not be detained, interrogated, arrested or tried unless the General Assembly decides otherwise.”

The proposal particularly targets some deputies from the pro-Kurdish People’s Democratic Party (HDP), who are accused of having links to the terrorist Kurdistan Workers’ Party (PKK).

Prime Minister Ahmet Davutoğlu and President Recep Tayyip Erdoğan have repeatedly called for HDP deputies to face prosecution, accusing them of being an extension of the PKK terrorist group.

In December, Erdoğan suggested that HDP Co-chairs Demirtaş and Yüksekdağ should be stripped of their parliamentary immunity, declaring their statements calling for autonomy in the predominantly Kurdish Southeast a “constitutional crime.”

PKK’s attacks on military units and police stations in the southeastern Turkey have become more frequent in recent months. Since 2015, more than 200 soldiers were killed in Turkey in the clashes with the PKK.