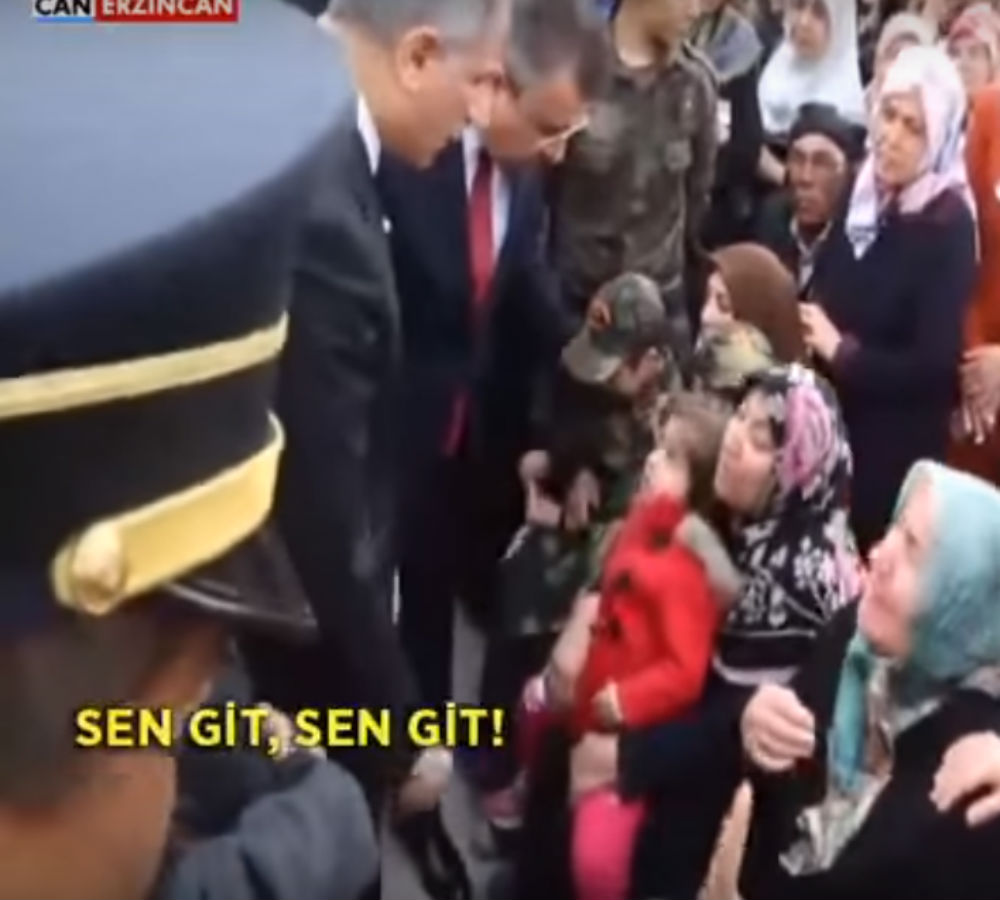 Family members of three police officers who were killed attacks by the terrorist Kurdistan Workers’ Party (PKK) protested Interior Minister Efkan Ala during a funeral held on Friday for the slain policemen in Ankara.

A funeral ceremony was held for police officers Salih Taç, Erkan Başpehlivan and Zafer Kurt, who were killed in two attacks by the PKK in the Nusaybin district of Mardin on Thursday. Ala also attended the funeral prayers held at Ankara’s Kocatepe Mosque but he was protested by the family members of the police officers when he approached them to console them.

“Go, go. He [one of slain policemen] did not used to like any of you [in the government],” one relative told Ala.

“You should be never talking,” another grieving one shouted at the minister.

After being protested, the minister quickly moved away.

Former President Abdullah announced on Thursday night that two of the policemen, Taç and Başpehlivan, had served for as his personal guards during his tenure.
The two policemen were removed from their posts at the presidency as part of a government-led massive purge at the police in the wake of a major corruption probe erupted in late 2013.

Since a corruption and bribery investigation broke out on Dec. 17, 2013 shaking the government and forcing three ministers resign, then-Prime Minister Recep Tayyip Erdoğan has been talking about a “parallel state” which he claimed is ruling the judiciary and police.

President Erdoğan labeled the investigation, which saw leading businessmen and the sons of the three ministers being detained, a “dirty plan to oust his government.”
According to Erdoğan, the “parallel state,” which he had never mentioned before Dec. 17, consisted of members of the Hizmet movement — inspired by Turkish Islamic scholar Fethullah Gülen. Thousands of police officers, including chiefs, were recently shuffled to lower positions or to other provinces as part of an unlawful purge, without even being given a reason or having any inquiries launched against them.