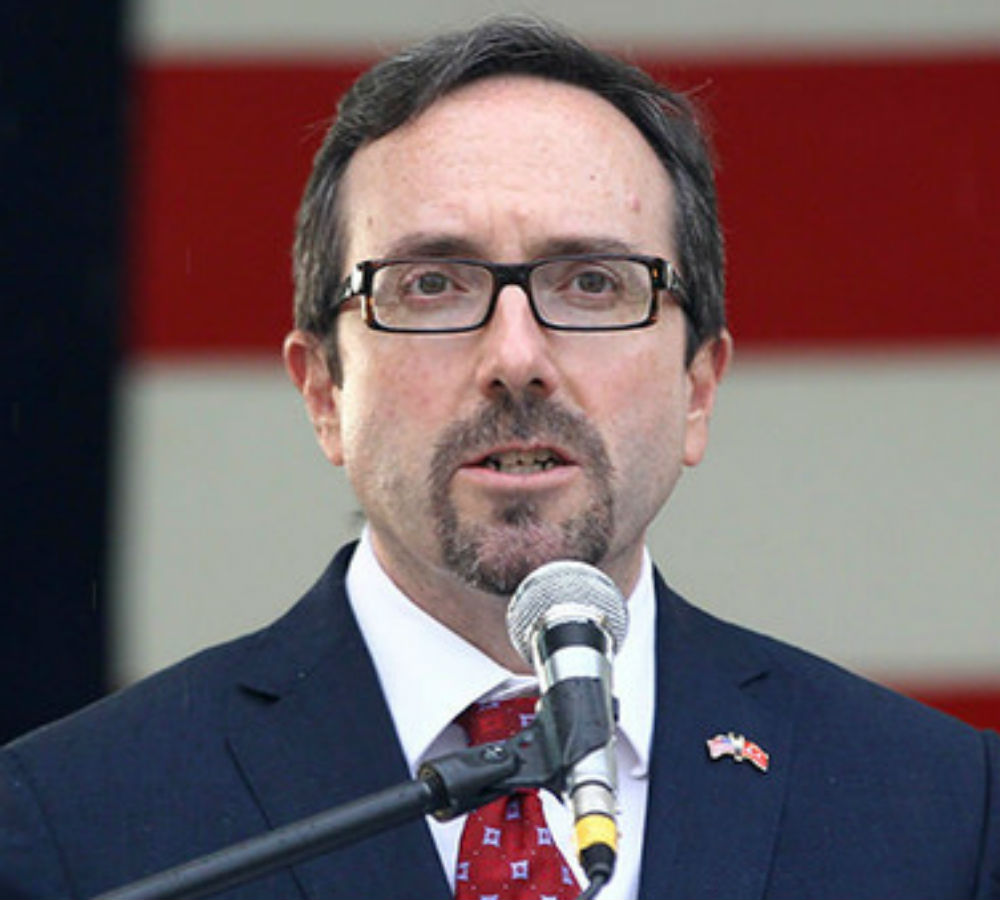 The US ambassador to Turkey has called on the terrorist Kurdistan Workers’ Party (PKK) to lay down arms and end violence in Turkey.

US Ambassador to Ankara John Bass also said on Thursday that the PKK should sit around a negotiation table with Turkey to find a solution to Turkey’s long-standing terrorism problem.

A settlement process launched by the Justice and Development Party (AK Party) government in late 2012 to end the Kurdish problem collapsed following a two-year-cease-fire last July, triggering the worst violence in Turkey’s southeast since 1990s.

Hundreds of civilians, security forces’ members as well as PKK terrorists have been killed in the region in the renewed conflict.

On Thursday, Bass also said the United States does not provide weapons to a Syrian Kurdish militia group, the Kurdish People’s Protection Units (YPG), which is affiliated with the PKK.

Bass said Washington was sensitive to Turkey’s concerns over the Syrian Kurdish militia group and opposed any efforts by the group to change the demography of northern Syria “under the guise” of battling the Islamic State of Iraq and the Levant (ISIL).

It was a reference to Turkish accusations that the Syrian Kurdish Democratic Union Party (PYD), the political wing of the YPG, is purging the area of Arabs and Turkmens.

In the meantime, the Turkish military hit PKK targets near the Iraqi border, the military said in a statement on Thursday.

The military said it hit caves and other targets in a rural area near the southeastern town of Yüksekova. It also said it hit an area near Zap in northern Iraq.