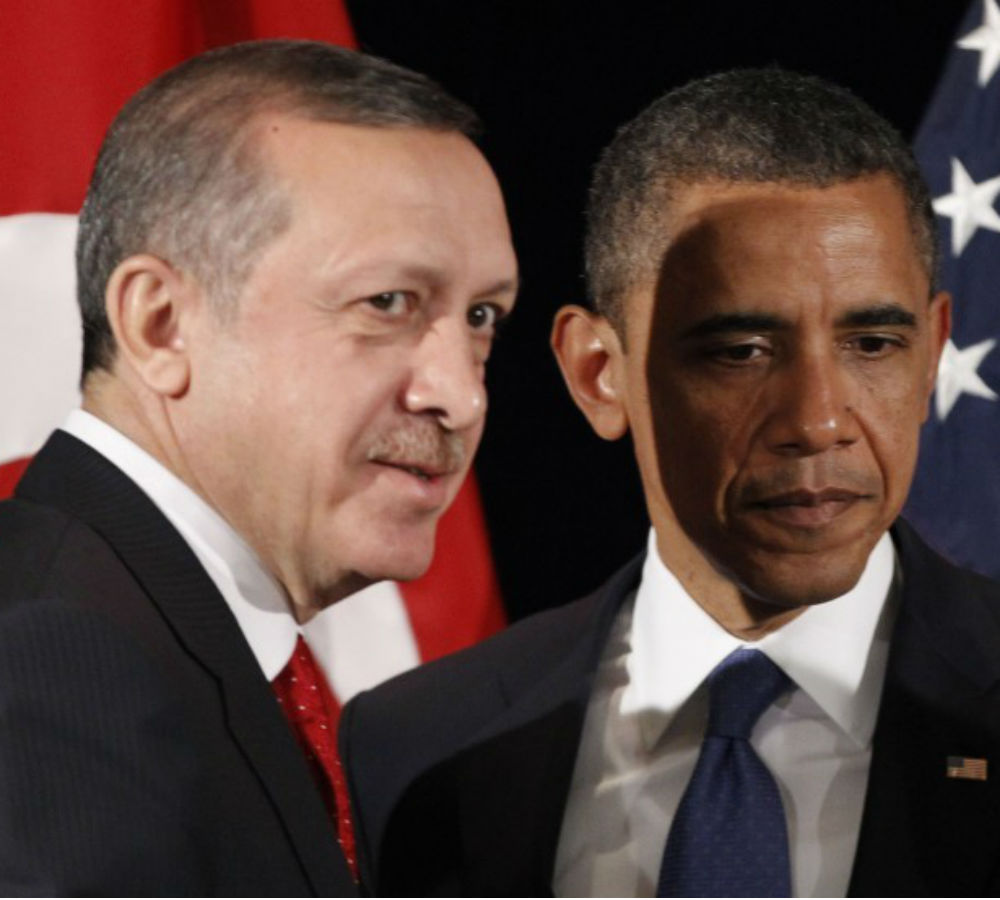 President Recep Tayyip Erdoğan has said he has been upset to hear US President Barack Obama to “talk behind his back” on issues related to the freedom of the press.

At a news conference at the end of the Nuclear Security Summit in Washington on Friday, Obama was asked whether he thought Erdoğan was an authoritarian. The question came after Erdoğan’s bodyguards scuffled with reporters and protesters outside a DC think tank Thursday and amid a crackdown on journalists in Turkey.

“There are some trends in Turkey that I’ve been troubled with” Obama replied.

During a meeting with Turkish journalists who accompanied him during his visit to the US on Saturday, Erdoğan was asked to comment on Obama’s criticisms about Erdoğan on issues related to the freedom of the press.

In response, Erdoğan said: “I was saddened to hear Obama making such a statement behind my back. But let me say this, during our meeting with Obama [on Thursday] such kind of issues were not raised. I was not told such things. Actually, in our previous phone conversations, we agreed that it was better to speak about issues directly not over the press.”

However, Obama said in the same statement on Friday that he talked about the issues he is concerned with directly with Erdoğan during their meeting on Thursday and recalled the Turkish president that he came into the office with a promise of democracy.

“We are going to continue to advise them [Erdoğan]. And I’ve reminded President Erdoğan that he came into office, with a promise of democracy. Turkey has historically been a country in which, deep Islamic faith has lived side by side with modernity and increasing openness. And that’ the legacy he should pursue, rather than repression of information and shutting down democratic debate,” he said.

The Turkish president also recalled his remarks he made at a speech at the Brookings Institution, saying that a distinction needs to be made about what is criticism and what is insult when talking about press freedom issues.

Obama’s criticism came as Turkey’s highest-circulation daily was seized in a government led police operation on March 4, when an İstanbul court appointed trustees to take over the management of the Feza Media Group the Zaman daily, as well as the Today’s Zaman daily and the Cihan news agency.

Also Cumhuriyet newspaper Editor-in-Chief Can Dündar and its Ankara representative Erdem Gül are the latest victims of the government’s clampdown on critical media. They were released pending trial following a ruling by the Constitutional Court after remaining in jail for three months.