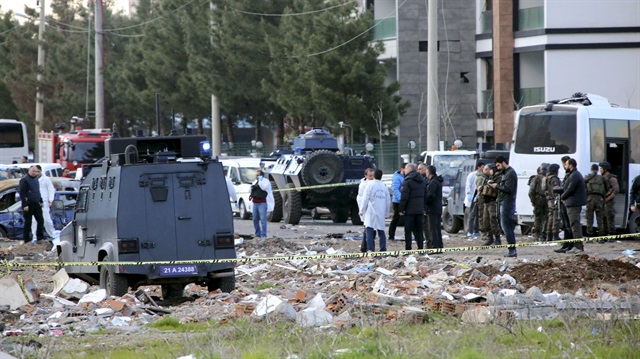 The bomber who detonated a car bomb killing 7 soldiers, injuring dozens on Thursday has been caught by security forces, according to Turkish media.

At least seven police officers were killed and 27 people injured in an explosion near a bus station in the southeastern province of Diyarbakır, when terrorist Kurdistan Worker’s Party (PKK) militants detonated a car bomb. Several of the 13 injured police officers are reported to be in critical condition.

The explosion reportedly took place as an armored military vehicle was passing in the evening hours of Thursday. The PKK assumed responsibility for the attack on Friday.