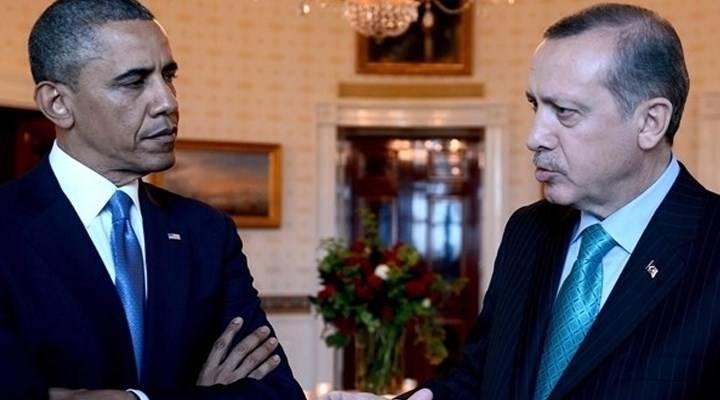 President Recep Tayyip Erdoğan met with US President Barack Obama on Thursday on the sidelines of a nuclear security summit in Washington, where they discussed efforts to combat the so called Islamic State of Iraq and the Levant (ISIL).

The White House said Obama reaffirmed the U.S. commitment to Turkey’s security during the meeting.

“The president extended condolences to President Erdoğan on behalf of the American people for those killed and injured in today’s terrorist attack in Diyarbakir, and reaffirmed the support of the United States for Turkey’s security and our mutual struggle against terrorism,” the White House said.

At least seven police officers were killed and 27 people injured, many of them in critical condition, in an explosion near a bus station in the southeastern province of Diyarbakır on Thursday evening.

The explosion reportedly took place as a police transport bus was passing through the Bağlar district of Diyarbakır, when was targeted with a car bomb. Seven police officers have been confirmed as killed with 13 further police officers and 14 civilians injured, and taken to hospital. Several of the 13 injured police officers are reported to be in critical condition.

“The leaders also discussed how to advance our shared effort to degrade and destroy ISIL,” the White House statement said.

The meeting came after much speculation that Obama did not want to meet Erdoğan, due to the Turkish President’s increasingly authoritarian tendencies, such as the seizure of media outlets critical of the Turkish government.

The meeting was reproeted by Turkish media to take just under 50 minutes.