No country more free than Turkey Erdoğan says in the US 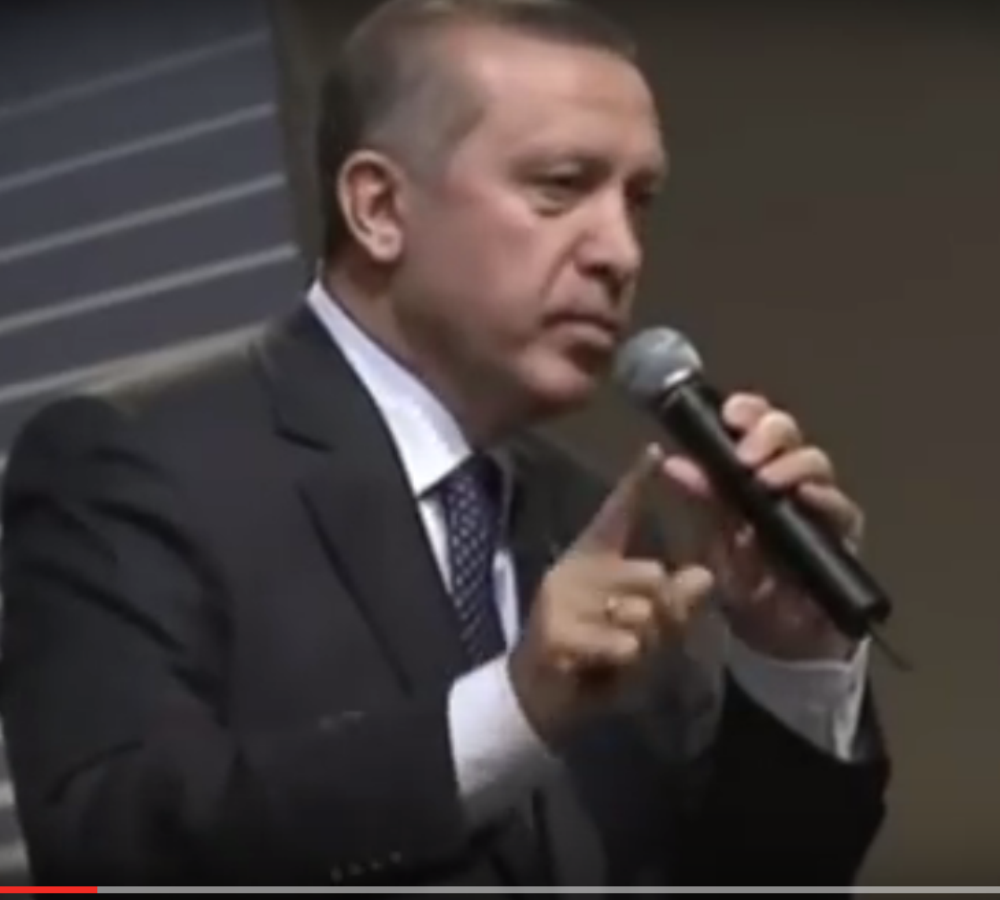 There is no country more with more democratic freedom than Turkey, President Recep Tayyip Erdoğan has claimed, despite there being crackdowns down on dissent in Turkey, seizing of media outlets critical of the government and police operations against dissidents.

“Sadly I’m observing how baseless claims regarding human rights violations and undemocratic behavior are being directed towards us [Turkey] Erdoğan said, speaking at the Brookings Institution in Washington on Thursday.

“We [have] implemented several reforms in order to enhance our democracy. There’s no country with more democratic freedom [than Turkey]” he added.

Erdoğan’s speech comes as hundreds of journalists critical of the policies of the Justice and Development Party (AK Party) regime have been fired from their jobs after government backed trustees took over the Zaman and Today’s Zaman dailies earlier in March.

Also Turkey has over 30 journalists currently in jail, pending trial, with many being prosecuted for opposition against Erdoğan or the AK Party.

Hidayet Karaca, the CEO of Samanyolu Broadcasting Corporation, was arrested after police raids on the Zaman daily and Samnyolu buildings in Dec. 2014, along with Zaman daily’s then-Editor-in-Chief Ekrem Dumanlı.

Dumanlı was released four days later while Karaca is still in jail along with three others.

In another incident, Baransu, an investigative journalist for the Taraf daily, was arrested in March, 2015 on charges of publishing classified documents from a 2004 National Security Council (MGK) meeting.

Also Bugün columnist Avcı, a former public prosecutor who currently acts as Karaca’s lawyer, was arrested on Sept. 20, 2015 on charges of being part of a coup attempt and member of a terrorist organization based on articles he had written about the Iran-backed Tawhid-Salam spy ring.

Four of Avcı’s columns were submitted as evidence for his alleged crimes.

An investigation into the espionage ring was dropped by the prosecution in July 2014 in a move widely seen as an attempt to cover up a highly sensitive probe implicating senior officials in the AK Party and Hakan Fidan, Turkey’s spy chief.