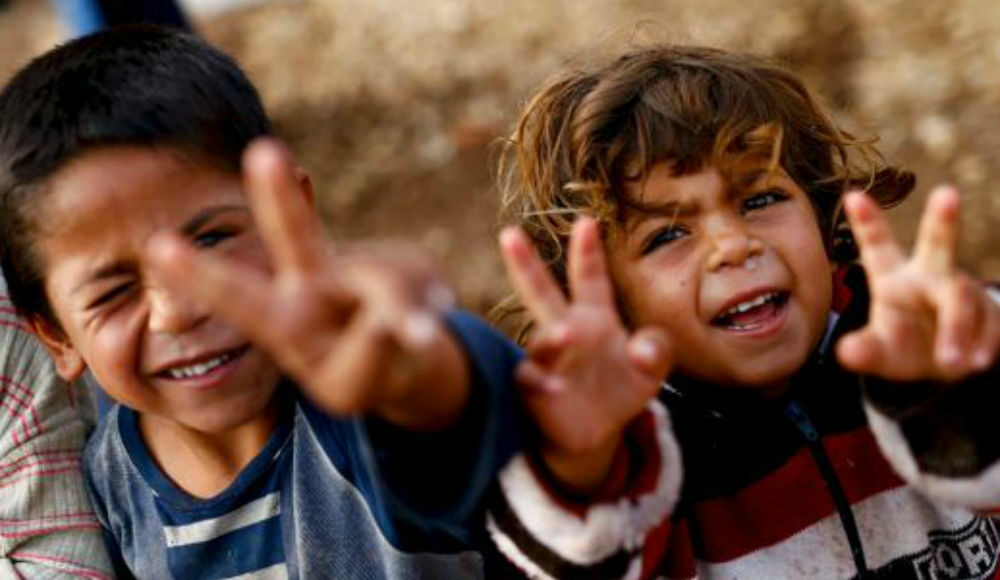 Turkey’s disaster management body has announced that around 70 percent of school-age Syrian migrant children are receiving no formal education in Turkey.

“Turkey hosts 3 million Syrian refugees at the time and 30 percent of them are school-age kids,” said the head of the Disaster and Emergency Management Authority (AFAD) Fuat Oktay at a conference organized by the Foundation for Political, Economic and Social Research (SETA) in Washington, D.C, on Wednesday.

In his speech at the conference, Oktay noted that only 30 percent of those children have a formal access to education.

The conference was held at the same hotel where Turkish President Recep Tayyip Erdoğan  is staying during his much-anticipated visit to Washington to attend a Nuclear Security Summit.

The other guest speaker at the conference was the first and former prime minister of the interim government established by the Syrian opposition National Coalition, Ghassam Hitto. Hitto said he appreciated Turkey’s efforts to tackle the refugee crisis, while stated his disappointment in the United States’s Syrian policies.  He also rapped Syrian President Bashar al-Assad for being the only one who is responsible for the war which country has endured far too long.

Hitto accused America for being at odds with the principles the country is built on. “Stop turning a blind eye to the regime’s human rights violations,” he added.

March 18, at the Brussels summit, the European Union and Ankara agreed on a plan to stem the flow of refugees who illegally crossed into Greece will be sending back to Turkey.

For every Syrian who is returned to Turkey, the EU promises, according to the pact, to settle one Syrian refugee in Turkey. Turkey will also be granted a visa-free travel across Europe.  EU also will be giving 3 billion euros to improve the conditions of Syrian refugees living in Turkey.

Economic hardship is one of the major obstacle to education for most Syrian families in Turkey. Refugees are not allowed to work legally in the country. Parents cannot make it to end on the minimum income that they earn in the informal businesses. Child laboring is skyrocketed among the Syrian population in Turkey.

Language is another reason why Syrian kids are unable to access to Turkish public schools. Some others also face bullying which make them either drop out or not enroll in the first place.

The AFAD head Oktay said: “We will provide access to education to some 450,000 pupils by the end of the year and to all 900,000 by 2017.” He also called on international organizations to help Turkey provide the necessary education to all children.

“Each student who we fail to put in school is a risk not only to Turkey, but to the world,” he underlined.

“330,000 refugee kids were taken off the streets to be enrolled in the public schools.”