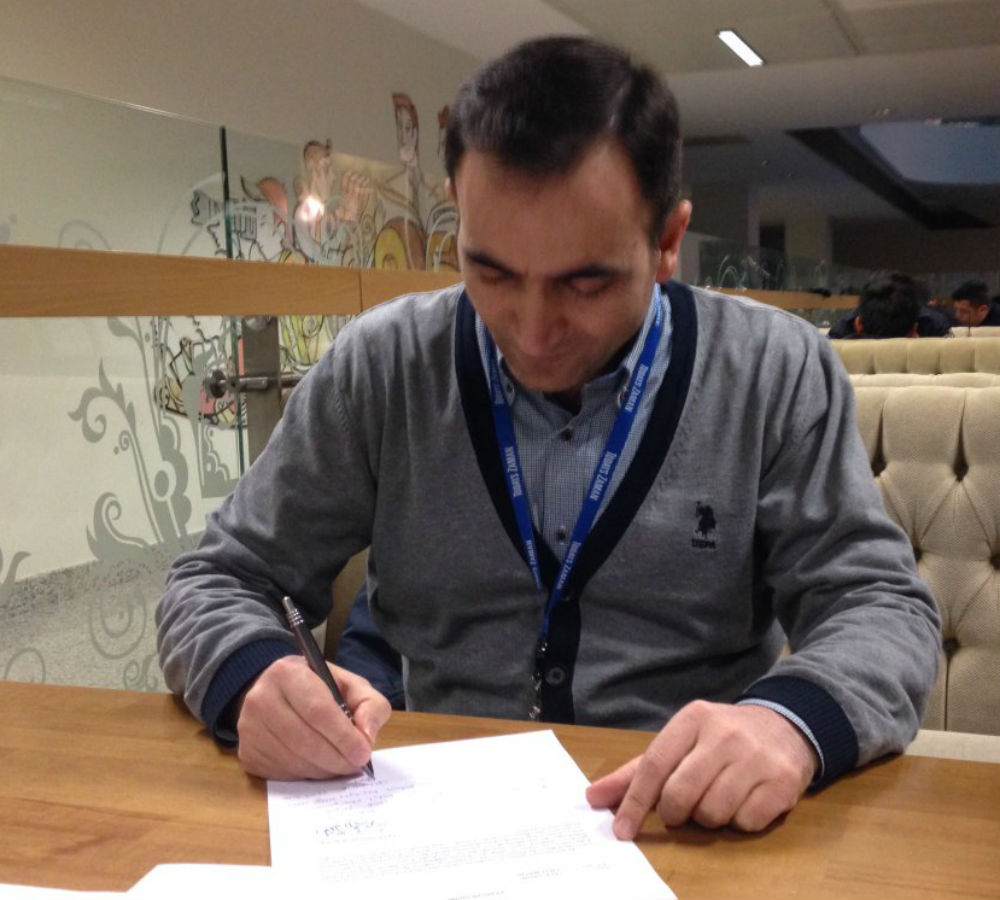 Today’s Zaman Managing Editor Celil Sağır has announced that he was fired by trustees who took over the management of the Feza Media Group on March 4 as part of a government crackdown on the critical media.

“I was dismissed today by trustees who were appointed to Zaman Media Group by Erdogan regime,” Sağır tweeted on Monday night. He also shared the document notifying him about his dismissal. According to the document, the trustee administration fired him based on Article 11 of the Turkish Press Labor Law. The trustees claimed that Sağır “abused the trust of the employer, acting against good will and morals as well as the company’s image.” Sağır strongly denied the accusations, saying they are all “unfounded claims.”

I was dismissed today by trustees who were appointed to Zaman Media Group by Erdogan regime. @JHahnEU @pressfreedom pic.twitter.com/D3pQSQ7lOn

Sağır had been serving as managing editor of the English-language Today’s Zaman since 2011.

He has been a vocal critic of the ruling Justice and Development Party (AK Party), which is accused of imposing its authoritarian agenda in Turkey. Two of his personal Twitter accounts had been shut down by court orders after he posted tweets critical of the government.

The managing editor of what’s left of Today’s Zaman was fired today in another blatant act of government censorship. https://t.co/AXVIaY3rHP

Sağır was also among three journalists from Today’s Zaman who were each given suspended prison sentences of more than a year for insulting Prime Minister Ahmet Davutoğlu on Twitter in 2014. In a hearing on Dec. 9, the Ankara 32nd Criminal Court of First Instance announced its ruling in a case filed by Davutoğlu’s lawyers against fomer Today’s Zaman Editor-in-Chief Sevgi Akarçeşme, Managing Editor Celil Sağır and former Editor-in-Chief and columnist Bülent Keneş. All three were listed in the same legal complaint filed on Dec. 29, 2014.
The court sentenced Keneş — who announced on Dec. 3 his decision to resign in the face of growing government pressure on the media — and Sağır each to one year, two months’ imprisonment and Akarçeşme –who was also fired after the trustee takeover– to one year, five months in prison. The court suspended the sentences, which will be enforced should Keneş, Sağır or Akarçeşme commit the same crime again within the next five years.