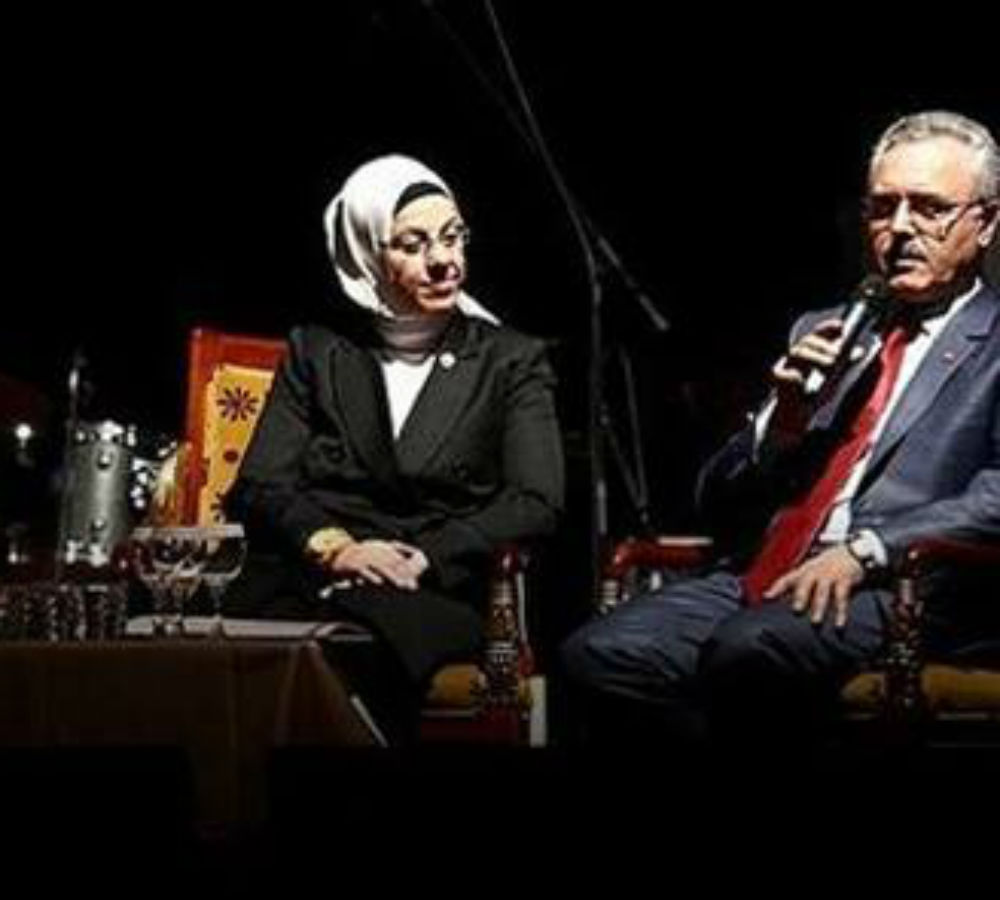 A senior official from the ruling Justice and Development Party (AK Party) has said President Recep Tayyip Erdoğan is a blessing from God on the ummah, the worldwide community of Muslims.

A symposium was held in İstanbul on Monday to discuss Erdoğan’s “role and importance in Islam and the world politics.” Speaking during the symposium, AK Party Deputy Chairman Mustafa Ataş said Erdoğan is the “voice and breathe” of the ummah. “You cannot describe Erdoğan, you can only experience. He is a blessing from God on this ummah. It is of crucial importance to hold and protect him,” Aktaş said.

Recently, Ethem Sancak, a businessman affiliated with the government, told Erdoğan — in reference to praise given to the Prophet Muhammed by his companion — “may my father, mother, wide and children be sacrificed to you.”

AK Party Aydın provincial head İsmail Hakkı Eser was recorded saying that he and AK Party sympathizers love Erdoğan so much, they think of him “like a second prophet.”
In a similar vein, Deputy Health Minister Agah Kafkas once said, “When we lay the foundation of a [facility], we also provide the date of its opening. This is the sunnah — Muslim practices based on the life and teachings of the Prophet Muhammad — of Tayyip Erdoğan.” No government officials or supporters have publicly objected to the statements.

AK Party Bursa deputy Hüseyin Şahin is known to have said that touching Erdoğan is a form of prayer, while AK Party Düzce deputy Fevai Arslan said Erdoğan has all the attributes of God himself.

While public figures aim at increasing the popularity of the AK Party with such controversial statements, it often backfires as the conservative sections of society find such extreme partisanship offensive and impious.