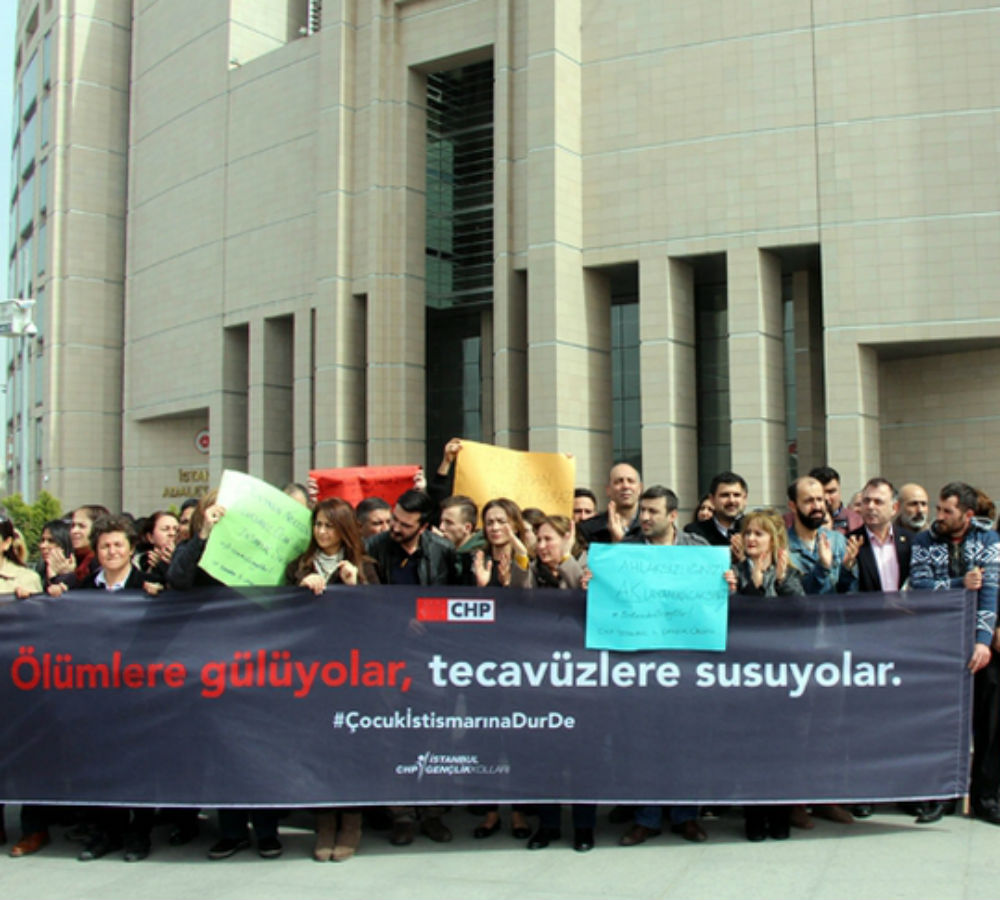 Members of the main opposition Republican People’s Party’s (CHP) youth branches in İstanbul have filed a criminal complaint against allegations suggesting that a teacher sexually abused 45 boys in Karaman province.

The incident, which came to light earlier this month, is claimed to have taken place as the boys were staying at houses operated by the pro-government Ensar Foundation as well as the Karaman Anataolian İmam Hatip and İmam Hatip Graduates and Members (KAİMDER).

Members of the CHP’s youth branches in İstanbul on Sunday convened in front of the İstanbul Courthouse in Çağlayan where they chanted slogans and held banners condemning the incident in Karaman.

One banner read: “They laugh at deaths and keep silent about rape,” referring to some government officials’ having a smiling face when announcing the number of casualties in terror attacks and their remaining silent about the child abuse case in Karaman.

CHP İstanbul deputy Gamze Akkuş was among the group who later filed a complaint related to the incident at the İstanbul Courthouse.

Speaking to reporters on behalf of the group, CHP İstanbul Youth Branches head Kenan Otlu said Turkey has been shaken by the news of child rape in Karaman.

“A total of 45 boys have been subjected to rape at a house of a religious group in an inhumane and immoral way,” he said, adding that the rape incidents took place at houses operated by the Ensar Foundation.

Otlu also said youth branches of the CHP will file criminal complaints into the incident in Karaman across Turkey’s 81 provinces, adding that they will ask an accounting from “the rapists and enemies of  humanity.”