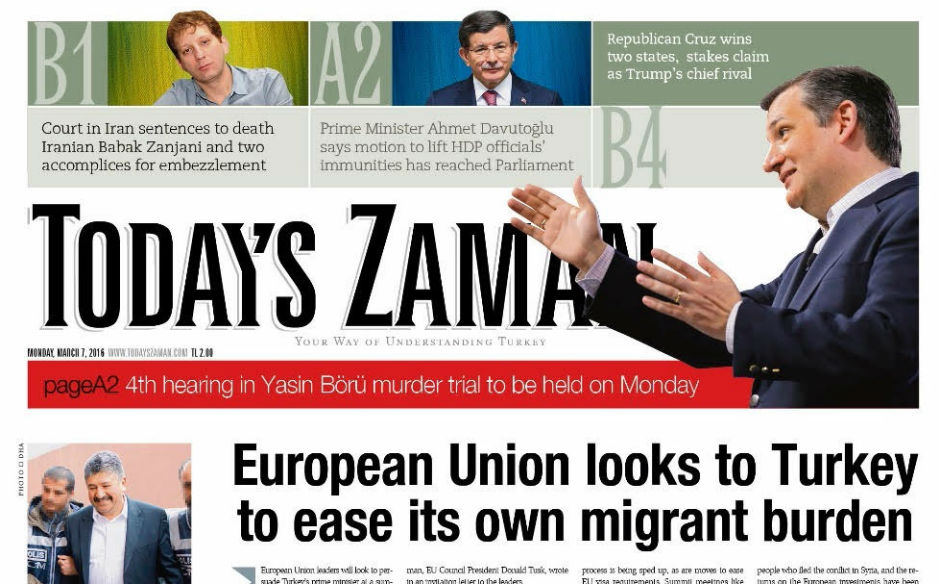 Although the trustees initially approved of other pages of the daily, they told the editors that three other news articles that were planned to be published should also be removed later in the evening.

The three news articles, two of which were front page stories, were not published were covering reactions to the takeover of the Zaman group and the arrest of two top executives of Boydak Holding on Sunday.

The columns that were censored were: “Zaman as a microcosm of Turkey” by Ömer Taşpınar, “Politicization and abuse of problems” by Ali Bulaç, “European values and Today’s Zaman” by Gökhan Bacık and “Is a sword of Damocles hanging over Erdoğan’s head?” by Aydoğan Vatandaş.

The front-page of Today’s Zaman was as follows after trustees’ interference:

An İstanbul court appointed trustees to take over the management of the Feza Media Group, which includes Turkey’s biggest-selling newspaper, the Zaman daily, as well as the Today’s Zaman daily and the Cihan news agency, dealing a fresh blow to the already battered media freedom in Turkey.

The Zaman daily turned pro-government overnight with Sunday’s edition having covered nothing about the raid on Zaman’s headquarters on Friday night and featured headlines praising the government’s work on a new bridge and its strengthening business ties with Iran. 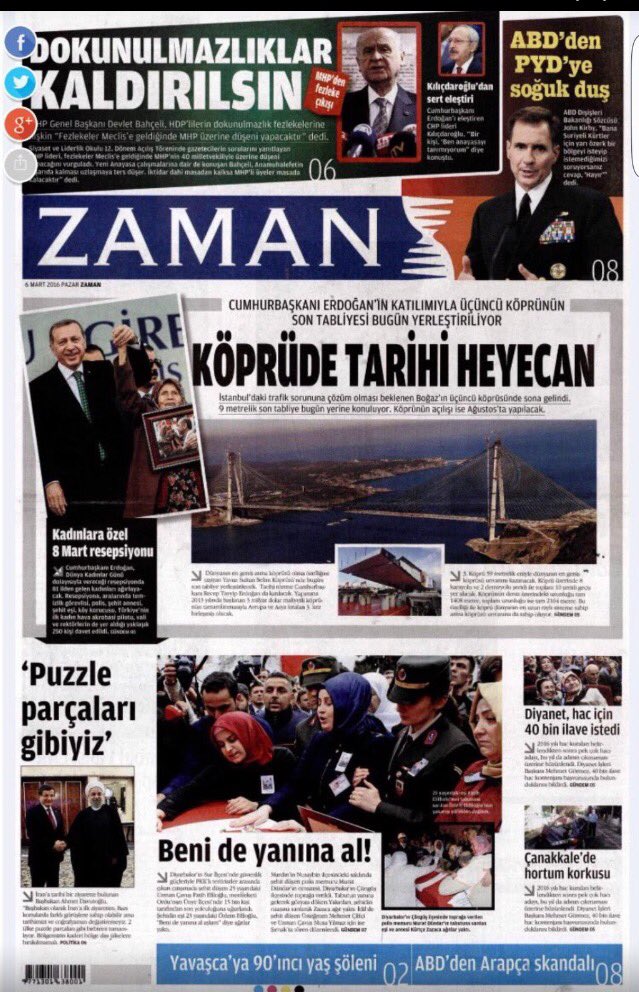