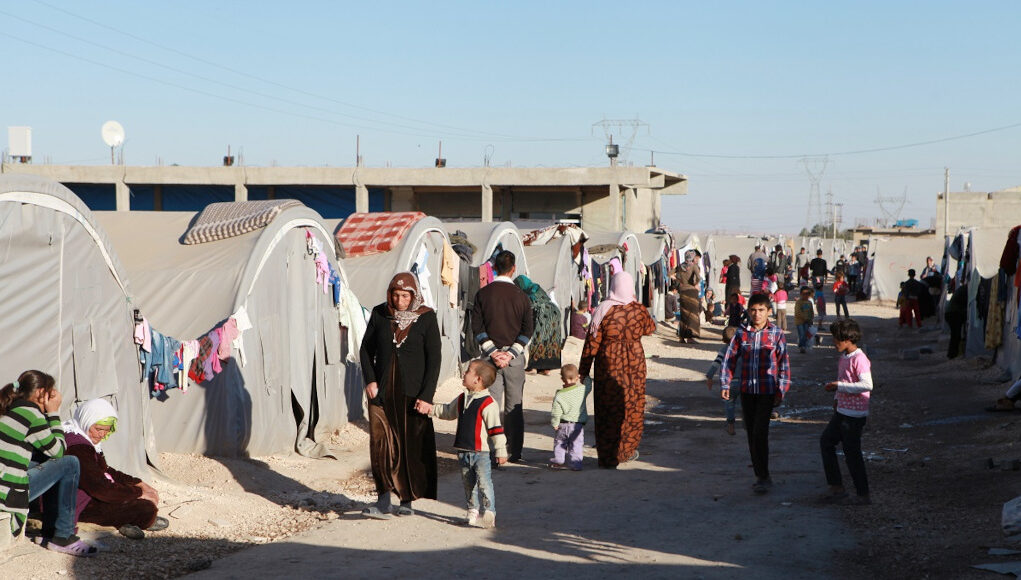 Turkish President Tayyip Erdoğan’s Islamist Justice and Development Party (AKP), which has been in power since 2002, has found itself losing support amid soaring inflation and high unemployment. Millions of Syrian refugees are at increased risk of xenophobic attacks from the nationalist segment of Turkish society who blame Syrians for the worsening economic situation. The AKP has opened the country’s border to millions of Syrians since the start of the Syrian conflict in 2011. Ultranationalist figures in Turkey today are recognized as the descendants of the Ottoman Empire’s Union and Progress Party (CUP), also known as the Young Turks, a political group that embraced a Turkification policy which excluded the empire’s ethnic identities such as Arab and Kurdish citizens.

The UN Refugee Agency reports that Turkey currently hosts some 3.6 million registered Syrian refugees along with close to 320,000 persons of concern from among other nationalities, and tens of thousands of Afghan refugees have also entered Turkey recently through the Iranian border. The first convoy of 252 refugees from Syria entered Turkey on April 29, 2011 at the Yayladağı border crossing in Hatay province. This occurred just a month after demonstrations against the Ba’athist government of Bashar al-Assad in Syria took place in March 2011, eventually leading to a bloody civil war across the county. Erdoğan hoped to replace Assad’s regime in Syria with a Muslim Brotherhood-friendly government, and his AKP has been supporting the Free Syrian Army and other jihadist groups including al-Nusra Front, the Syrian affiliate of al-Qaeda; Ahrar al-Sham; and the Sham Legion against Assad’s rule.

The Turkish military has directly been involved in the Syrian civil war since 2016 and currently controls the northern Syrian cities of Afrin, Jarablus and Tal Abyad. Turkey began providing temporary protection (TP) for Syrian nationals in April 2011, and its “open door” policy towards Syrian refugees led to millions of desperate Syrians flocking to Turkey, which borders Europe. The response of the European Union to receiving millions of Syrian refugees via Turkey was panic. The EU and Turkey nonetheless signed a “statement of cooperation” on March 18, 2016, and European states agreed to pay the Erdoğan government a total of 6 billion euros for Turkey’s expenditures on Syrian refugees. Turkey agreed to end the irregular migration from Turkey to Europe, and “all new irregular migrants crossing from Turkey to the Greek islands from March 20, 2016 would be returned to Turkey.” On the other hand Erdoğan claimed in a speech before the Global Forum on Refugees in December 2019 in Geneva that Turkey had spent more than $40 billion on Syrian refugees and that the EU’s support was insufficient to meet the needs of these refugees.

The leader of Turkey’s main opposition Republican People’s Party, Kemal Kılıçdaroğlu, has long promised to send Syrians back home. He vowed during a parliamentary group speech on March 15 that “we will send the Syrians off with drums and horns, we will end the gentleman’s [Erdoğan] rule with the will of the people.” Erdoğan himself appears increasingly apathetic toward the well-being and safety of the millions of Syrians in Turkey as election polls last month demonstrated that public support for him is at an all-time low amid the economic crisis. A public opinion survey conducted by Metropoll in April indicates that support for the AKP is now at 27 percent. Erdoğan is undoubtedly deeply troubled by these results since the general election, along with the presidential election, is scheduled to take place on June 18, 2023. In a shocking turn of events, Erdoğan mentioned his plan to send 1 million Syrians back home. “Some 500,000 Syrians have returned to safe regions [in Syria]. We are now working on a new project for the voluntary return of 1 million Syrians,” Erdoğan said in a video message at a ceremony held by the Disaster and Emergency Management Presidency (AFAD) in Syria’s Idlib region on May 3.

Millions of Syrians have settled in Turkey, and due to the AKP’s liberal policy, around one-third of them live in Istanbul. Ultranationalist political figures Dr. Sinan Oğan and Professor Ümit Özdağ, leader of the nationalist, anti-refugee Victory Party, have been at the forefront of anti-Syrian propaganda in Turkey. “You [Erdoğan] cannot give the Turkish homeland to anyone like this. This homeland is not your father’s farm. Syrians will go, you will too. You betray the Turkish nation, its history, the War of Independence. Your affection for Syrians is serving imperialism. We are Turkish nationalists following the path of Atatürk. We will collect 10 million signatures and submit them to the Turkish Parliament to send Syrians back to their homeland,” Özdağ told Nokta TV. In a tweet on May 5, Özdağ vowed that his Victory Party would implement the biggest repatriation project in the world by sending more that 8 million refugees and migrants back home to their countries.

Many Syrians have spoken to the media regarding their fears of going out in public after a number of social media campaigns targeting them. Hundreds of Turks targeted Syrians last August in Ankara’s Altındağ district following the killing of a local Turkish youth, allegedly by Syrians.

It seems that after the passage of a century there has been a rebirth of the CUP’s anti-Arab sentiment in Turkey and that Syrian Arabs now need to be extra vigilant in Turkey, a country with an increasingly poor human rights record against minorities including Armenians, Greeks, Jews, Kurds, Alevis and, more recently, followers of the Gülen movement.