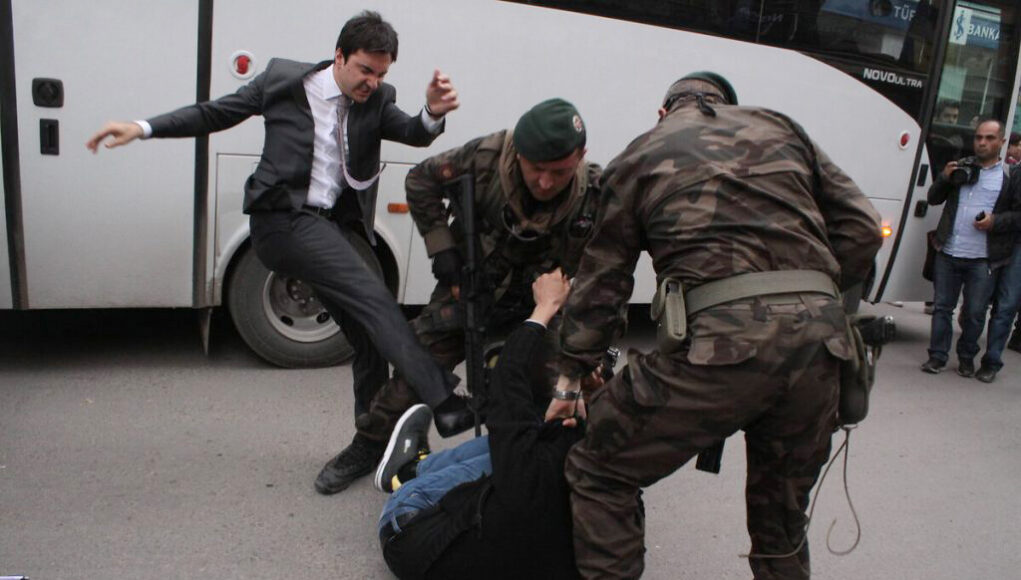 Political parties and nongovernmental organizations in Germany have criticized the appointment of a former advisor to then-prime minister and current President Recep Tayyip Erdoğan who in 2014 had kicked the relative of a victim of Turkey’s largest mining disaster on camera as a commercial attaché at the Turkish Consulate General in Frankfurt, the Sözcü daily reported on Wednesday.

Yusuf Yerkel sparked public outrage in May 2014 when he in front of the cameras kicked the relative of one of the 301 victims of the tragedy during a visit to Soma in Manisa province, where the accident took place. The man and others were protesting Erdoğan, whose policies they held responsible for the tragedy.

While Yerkel hasn’t yet been accredited as a diplomat, according to Sözcü, reactions by politicians and activists against his appointment had widespread media coverage in prominent outlets in Germany, including the Frankfurter Rundschau, Frankfurter Allgemeine Zeitung and Bild dailies as well as broadcaster ARD.

“It’s clear to us that anyone who kicks a defenseless worker who is lying on the ground must not become a commercial attaché at the Turkish Consulate General,” Saadet Sönmez from the Left Party (Die Linke) said in a statement.

The Social Democratic Party of Germany (SPD) also said they didn’t welcome Yerkel and disapproved of his appointment, according to Sözcü.

“We cannot accept that a militant person, an extremist and an anti-democrat is being appointed as a commercial attaché,” Atila Karabörklü, chairman of the Turkish Community in Germany (TGD), told German daily Frankfurter Rundschau on Tuesday.

“If the appointment decision is not revoked, we will … expose Yerkel’s anti-working class face …” added the DIDF.

Yerkel, who doesn’t have a degree in business, will be given a monthly salary of 6,000 euros during his assignment as commercial attaché, which will last for three or four years. He and his family will be granted diplomatic immunity and their travel and healthcare expenses in Turkey will be paid by the Turkish government.

The former aide’s appointment also had sparked criticism in Turkey, not only due to his treatment of the protestor in Soma but also due to his alleged lack of training to fulfill the responsibilities of a commercial attaché.

Turkey’s ruling Justice and Development Party (AKP) and its leader President Erdoğan are widely criticized for filling state posts with their cronies and eschewing merit-based assignments.

Yerkel has a bachelor’s degree from the politics and international relations department of a university in İstanbul, according to his biography.