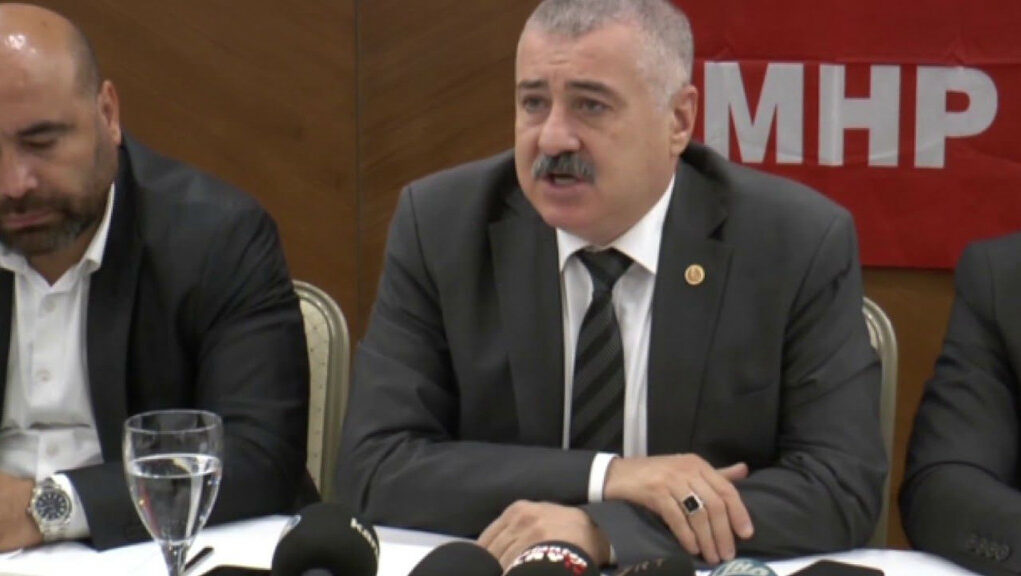 Sermet Atay, a deputy from the right-wing Nationalist Movement Party (MHP), said in a speech on Friday that jailed Kurdish leader Selahattin Demirtaş “should be left to rot in prison,” the Stockholm Center for Freedom reported, citing the Duvar news website.

In a speech addressing civil society organizations in central Turkey’s Sivas province, Atay said Demirtaş should be kept imprisoned until the end of his life because he was an enemy of the state. Atay’s speech was a response to a call by Republican People’s Party (CHP) leader Kemal Kılıçdaroğlu to release Demirtaş.

Demirtaş was an outspoken critic of Turkey’s ruling Justice and Development Party (AKP) and its leader, President Recep Tayyip Erdoğan, before he was jailed. He ran in the presidential elections of 2014 and 2018 as a rival to Erdoğan. Demirtaş conducted his election campaign from jail for the 2018 election.

Erdoğan has accused of Demirtaş of being a “terrorist” due to his alleged links to the outlawed Kurdistan Workers’ Party (PKK) and has slammed calls for his release.