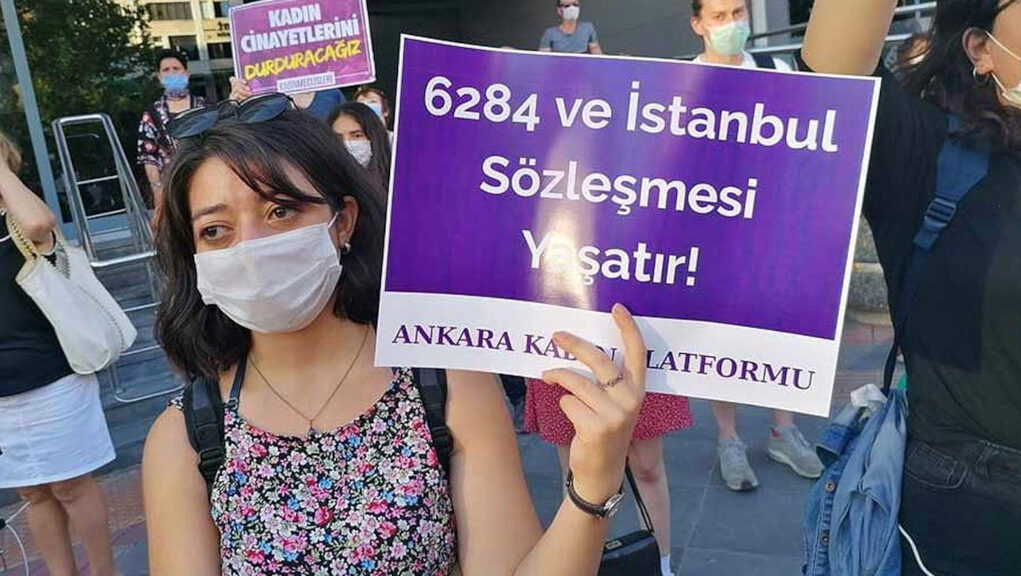 Two women were murdered by their partners on Thursday, causing an outcry among women’s rights activists, who demanded reinstatement of the Istanbul Convention, an international treaty to combat violence against women, the Stockholm Center for Freedom reported, citing Turkish media.

The number of known femicides has reached 296 this year according to the We Will Stop Femicide Platform.

In September alone 26 women were murdered by a man, and 19 died under suspicious circumstances.

Justice and Development Party (AKP) Vice Chairman Ömer Çelik said at a press meeting yesterday that femicide was not a political discussion and refused to answer questions about the increasing cases.

The platform criticized Çelik in a tweet posted yesterday, saying it was a political discussion since it was the government’s responsibility to protect women from violence.

Gender-based violence is a serious problem in Turkey. According to a report published earlier by Sezgin Tanrıkulu,  a human rights defender and Republican People’s Party (CHP) lawmaker, nearly 7,000 women have been victims of femicide during the 18 years that the AKP has been in power.

The Council of State, Turkey’s highest administrative court, rejected an appeal demanding cancellation of the presidential decree in June.