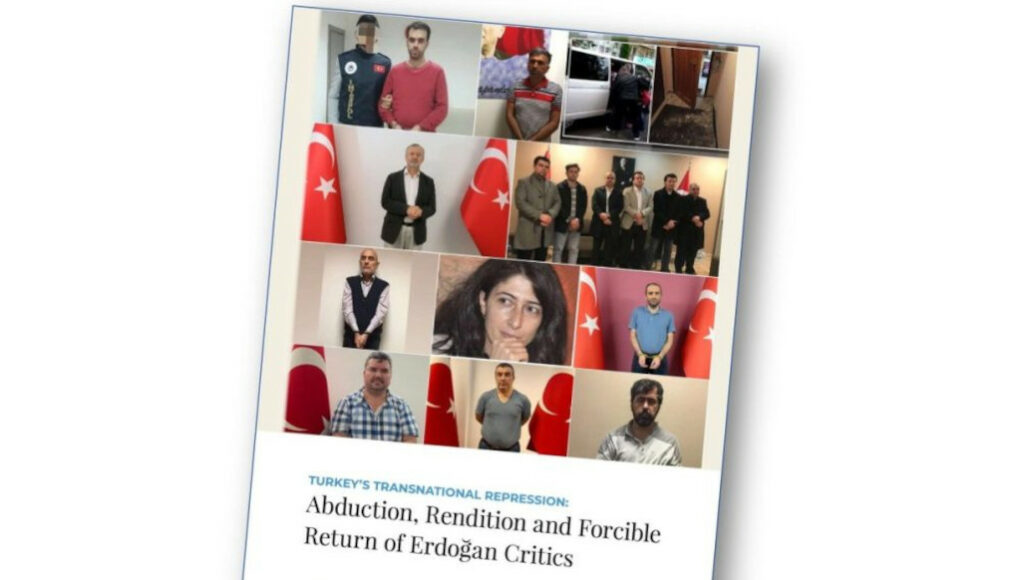 The Stockholm Center for Freedom (SCF) on Thursday released its latest report, “Turkey’s Transnational Repression: Abduction, Rendition and Forcible Return of Erdoğan Critics,” a study that focuses on how the Turkish government under President Recep Tayyip Erdoğan has used extrajudicial and illegal methods for the forcible transfer to Turkey of its citizens abroad.

Since a coup attempt in July 2016 the Erdoğan government has employed extralegal methods to secure the return of its critics after its official extradition requests have been denied. The government’s campaign has mostly relied on renditions, in which the government and its intelligence agency MİT persuade the relevant states to hand over individuals without due process, using various methods. The victims have faced a number of human rights violations including arbitrary arrests, house raids, torture and ill-treatment during these operations.

“Such extrajudicial and illegal actions of the Turkish government have violated the detainees’ rights to life, liberty, security of person, fair trial and respect for private and family life, which are protected by several international conventions,” said Dr. Merve R. Kayıkcı, research director at the Stockholm Center for Freedom. “In their complicity in the forcible returns, the host states have also violated their obligations under international law.”

According to UN experts since July 2016 the Erdoğan government has forcibly transferred more than 100 Turkish nationals to Turkey. No other perpetrator state has conducted such a large number of renditions during the same time period.

The report discusses the attempts and cases of abduction, rendition and forcible return since the coup attempt in chronological order. It then examines international legal instruments that can be used by victims, providing details on the judgments of international courts and the decisions of some international organizations.

“If left unanswered, reckless disregard of international law by Erdoğan’s Turkey has the potential to inspire other authoritarian regimes to resort to similar methods,” Dr. Kayıkcı said. “The world’s democracies should stand united and display transnational solidarity in the face of transnational repression.”