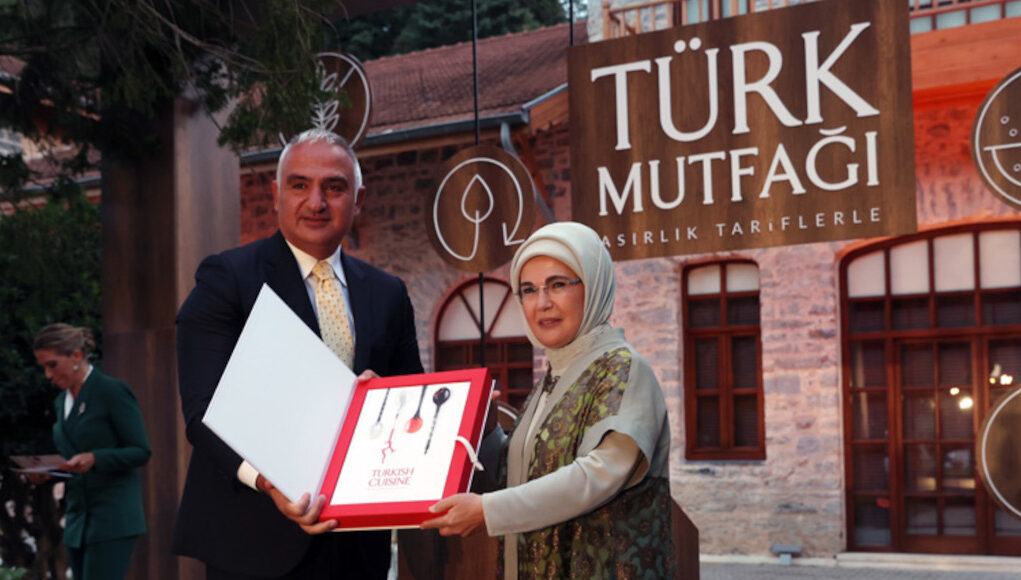 Lawyers for a small opposition party have filed a criminal complaint against Turkey’s first lady and several officials accusing them of influence peddling and misconduct in the public funding of her recently published cookbook, the Duvar news website reported on Monday.

The complaint was filed by the People’s Liberation Party (HKP), a left-wing populist and anti-expansionist political party.

In the complaint filed with Ankara Chief Public Prosecutor’s Office, the lawyers argued that the individuals named should be charged with “influence peddling” and “misconduct.”

Noting that the Culture and Tourism Ministry has spent thousands of Turkish lira for the printing, distribution and promotion of a book claimed to have been written by Emine Erdoğan with questionable originality, the lawyers asked if the book has any merit to account for the huge sums paid for it.

It was launched shortly after the introduction of a book written by her husband.

The book, titled “Daha Adil Bir Dünya Mümkün” (A Fairer World Is Possible), was published by Turkuvaz Kitap, a subsidiary of Turkuvaz Media Holding, which has close ties to Erdoğan and his ruling Justice and Development Party (AKP). The publisher of Emine Erdoğan’s first book is also Turkuvaz Kitap.