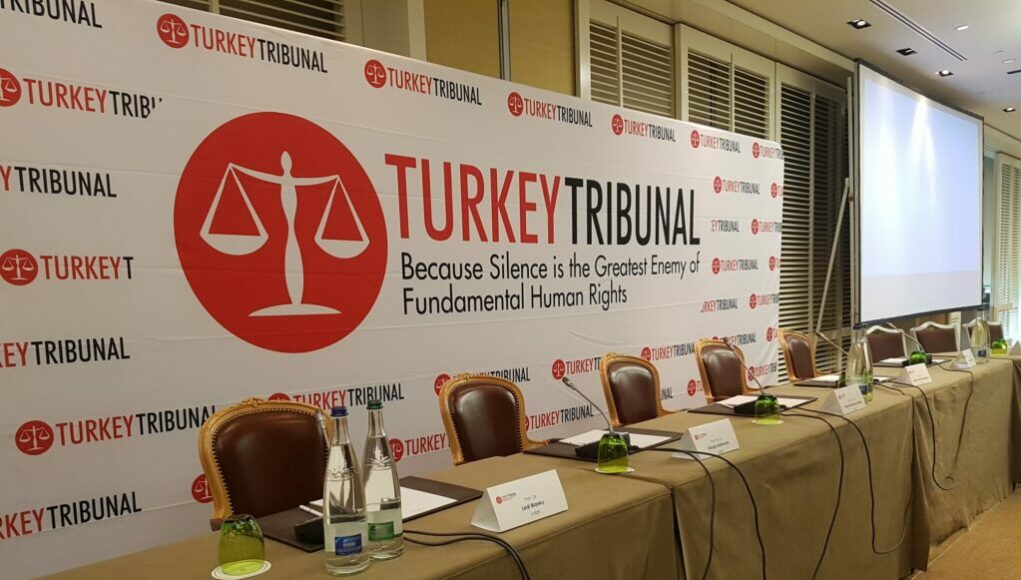 The Turkey Tribunal, a civil society-led, symbolic international tribunal established to adjudicate recent human rights violations in Turkey, started proceedings in Geneva on Monday where rapporteurs pointed to the use of systematic torture by the government against alleged members of the faith-based Gülen movement and Kurds.

The war against the movement culminated after an attempted coup in Turkey on July 15, 2016 because Erdoğan and his AKP government accused the movement of masterminding the abortive putsch and initiated a widespread purge aimed at cleansing sympathizers of the movement from within state institutions, dehumanizing its popular figures and putting them in custody.

“[Exact] numbers for torture are unknown. The numbers are not known because victims do not file complaints. The reason why the victims do not file complaints is to avoid being tortured again,” Sottas said during his presentation. “We can say that torture is carried out systematically in Turkey and that the perpetrators remain unpunished,” he added.

Sottas said they relied on government figures, the data of rights groups and the reports of international organizations whose authority is recognized by Turkey while preparing the report.

“With all due precautions about the absence of precise figures, our conclusion is that certainly in the last five years in Turkey, the use of torture is systematic towards members of the targeted groups that we identified. It was used when these groups failed to give the answers the security services wanted, in the sense that the UN Committee assigns to the word ‘systematic’,” the report said.

Answering questions for the tribunal about the use of torture being systematic, organized and tolerated, the rapporteurs say they came to the inevitable conclusion that “the central government bears full responsibility for the systematic and organized use of torture in Turkey and the nearly nonexistent prosecution and punishment of it.”

Elaborating on the practice and evolution of torture in Turkey in the past 30 years, the report said that following a 1980 coup d’etat and in the 1990s, violence and torture became an important part of “the DNA of the Turkish police and security forces.”

According to the report, in the first decade of the 21st century, positive legislative changes and the declaration by the Erdoğan government that it would apply a “zero tolerance policy towards torture” resulted in an improvement noted in a number of publications by international bodies.

“By the second decade, the situation deteriorates again: the wave of protests that arose as a result of the construction plans in the Gezipark, a number of legal proceedings for corruption where members of the government, the president and his family were mentioned, the end of the peace talks between the government and the PKK [outlawed militant group Kurdistan Workers’ Party] in June 2015 and, finally, the failed coup d’état of July 2016 will be answered in 2016 with far-reaching exceptional legislative measures [possibility of long-term custody in police stations without judicial review, possibility to deny contact with a lawyer for 5 days, refusing lawyers, prohibiting the communication of the judicial file including medical reports, impunity of security officials … which are accompanied by a sharp increase in [allegations of] cases of torture. Members of the Gülen movement and of the PKK are especially targeted,” the report said.

Underlining that there has been an intensive resurgence of torture in the last 10 years, the report said: “Based on official statistics we can state, albeit with considerable caution, that around 3,000 complaints of torture are filed per year on average. A maximum of 1% of the complaints lead to imprisonment (and this estimate is most probably high), and the chance that the perpetrators will be punished with a sufficiently severe imprisonment, is nearly non-existent.”

Following his presentation, Sottas answered questions directed by the panel of judges.

Sottas said that even though it can be assumed that there are doctors in Turkey who are trying to do their work properly, the Turkish government exerts pressure through various means to prevent them from documenting torture.

Sottas did not present any argument on behalf of Ankara but underlined that he agreed with Westhuizen on the importance of hearing the other side and that improvement would only be possible if the Turkish government itself would be willing to work with international bodies on the subject of torture.

On the last day of the hearings in Geneva, the tribunal will announce its verdict, which will also be published on the website.

On Sunday, tribunal coordinator Johan Vande Lanotte, a professor of law at the University of Ghent, said the Turkish Embassy in Switzerland contacted the executives of the InterContinental hotel, the venue where the tribunal takes place, twice, saying that the Turkish state would not be using their services unless they cancel the event.

“Fortunately, the hotel managers did not bow to the pressure,” Lanotte said during a meeting with the invitees to the tribunal.

Turkey has been experiencing a deepening human rights crisis in recent years.

After the abortive putsch, ill-treatment and torture became widespread and systematic in Turkish detention centers as evidenced by the UN special rapporteur on torture and other cruel, inhuman, or degrading treatment or punishment in a report based on his mission to Turkey between November 27 and December 2, 2016. Lack of condemnation from higher officials and a readiness to cover up allegations rather than investigate them have resulted in widespread impunity for security forces.