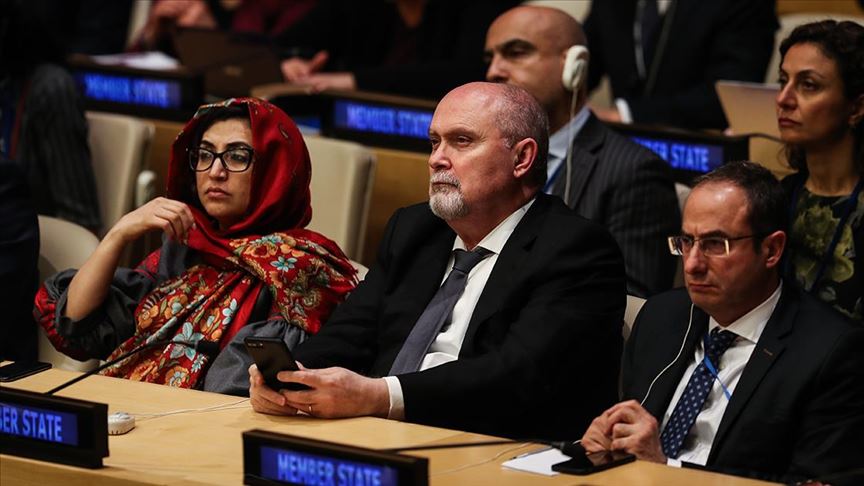 Citing the need for an inclusive and representative government to ensure long-term stability in Afghanistan, Sinirlioğlu encouraged a gradual approach.

“We believe that gradual engagement is the right approach. We need to communicate with them to see if they will deliver on their promises. They [the Taliban] need to gain our trust by putting their words into action,” the state-run Anadolu news  agency quoted Sinirlioğlu as saying.

Sinirlioğlu also underlined the need for solidarity with the Afghan people, calling for more humanitarian aid to the country.

“The interim government in Afghanistan is well aware that it will be held accountable for human rights violations, especially if it violates the rights of women and girls. In this context, we should monitor developments very closely,” he added.

When the Taliban came to power in Afghanistan in August, they did so with promises of reform, amnesty and rights for women. They said their rule would be different than it was in the 1990s, which deprived women of most social rights and instituted a draconian system of punishment for many activities including music, drinking and dancing.

However, there has been little evidence in the recent weeks that they will actually change their style of rule.

Turkish President Recep Tayyip Erdoğan, who at first sounded cautiously optimistic on the new Taliban government, encouraging talks and engagement with the hardline leaders, has struck a more cautious tone after the announcement of the interim government earlier this week, according to local media.

“We don’t know how long this interim cabinet will last. All we can do is follow this process carefully,” Erdoğan said on Tuesday.

Senior fellow at the European Council Aslı Aydıntaşbaş recently stated in an interview with Voice of America that the Turkish government was angling to be the conduit between the Taliban and the international community.

Sinirlioğlu further stated that Turkey, which was left to oversee the Kabul airport when the US troops left on Aug. 31, had been working with Qatar in the recent weeks to resume normal flights.