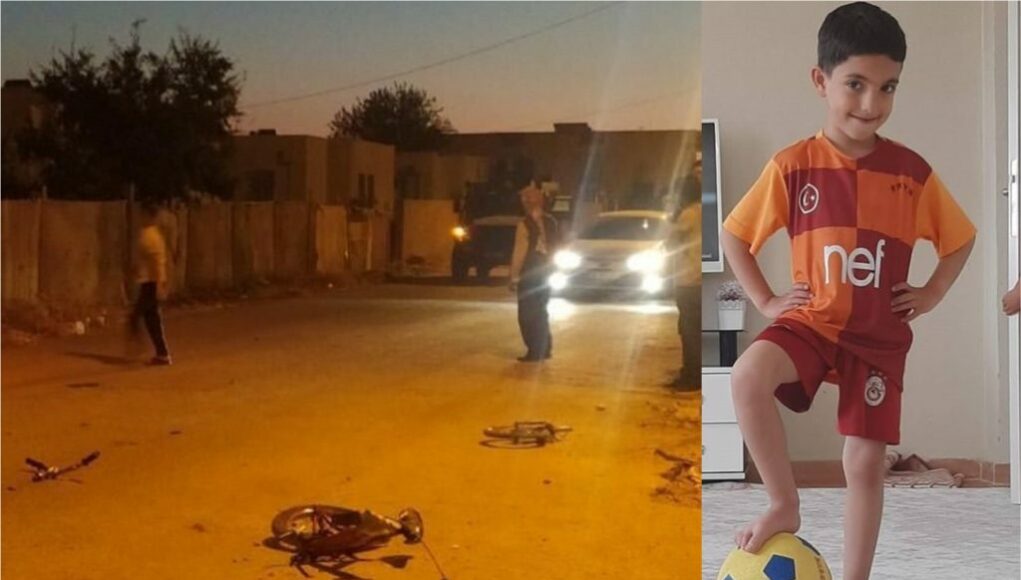 A police accident report concerning a 7-year-old boy who was crushed to death by an armored vehicle in southeastern Turkey last week has found the child to be the primarily negligent party, the Artı Gerçek news website reported on Friday.

Miraç Miroğlu was hit and killed by an armored vehicle in the predominantly Kurdish-populated Şırnak province on Sept. 3.

Miraç, who was riding a bicycle when he was hit, was taken to İdil State Hospital, where he was pronounced dead.

The İdil Public Prosecutor’s Office launched an investigation into the incident, which was classified as a fatal traffic accident, without detaining the vehicle’s driver after his testimony on Monday.

The police report concluded that Miraç was the primarily negligent party in the accident as he acted with “carelessness” and failed to take notice of a “stop sign” in the street.

He did not reduce his speed when nearing the intersection and violated the right of way, it said.

The only fault attributed to the armored vehicle’s driver was his failure to reduce his speed when nearing the intersection.

According to the testimony of the only eyewitness to the accident, he was with the police officers in the armored vehicle when they took the child to the hospital. “How could I not see the kid? I don’t understand how he leapt out in front of the vehicle. He was talking to himself,” the eyewitness said.