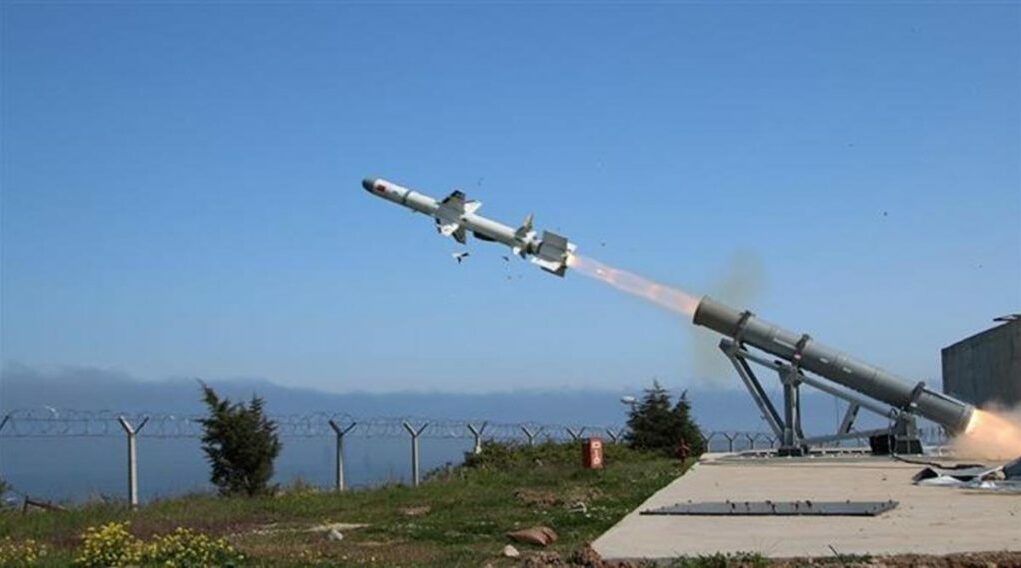 Turkey’s cruise missile program has been concluded with success. Turkey’s fourth Ada-class corvette, the TCG Kinaliada, performed the final test-firing of the Roketsan-produced Atmaca (hawk) cruise missile in the Black Sea on June 16, 2021. The TCG  Işın (formerly the USS Safeguard ARS-25) was struck on the starboard side by Atmaca while flying in sea-skimming mode at a height of around 1 to 1.5 meters. The test-firing was the qualification test for approval before mass production.

Roketsan developed Atmaca indigenously as part of a project led by the Presidency of the Defense Industry (SSB). The work on Atmaca started after the signing of a contract with Roketsan in 2009 due to its longstanding work at the Naval Forces Command Research Center (ARMERKOM). The deal for mass production was signed by the SSB and Roketsan in 2018. With its Atmaca, Turkey has become one of only five countries in the world capable of producing anti-ship cruise missiles.

TCG Kinaliada conducted Atmaca’s maiden ship-launched test on November 3, 2019. A series of test firings in various scenarios, including GPS-free shot and operation in a stressful electronic warfare environment, revealed that the missile had passed all of its trials and was ready for mass production. Following the certification test in June 2021, Roketsan delivered the first Atmaca cruise missile to the Turkish Navy in August.

Roketsan describes Atmaca as a sea-skimming, high-precision, long-range, surface-to-surface, precision strike anti-ship cruise missile that can be integrated with submarines, patrol boats, frigates and corvettes. The Atmaca missile has a length of 4.8 meters and a weight of 800 kilograms. It can carry a 250-kilogram high explosive fragmentation warhead with a cruise speed of between Mach 0.85 and Mach 0.95. The operational range of Atmaca is more than 250 kilometers, posing a threat to targets far outside visual range. The main specifications of the missile are autonomous, low radar signature, high precision, all-weather operational capability and resistance to electronic jamming.

With its 220 kilogram, high explosive-fragmentation warhead and effective penetration, Atmaca is effective against naval and coastal targets thanks to its three-dimensional advanced mission planning system with its target update, re-attack and mission abort capabilities. In addition, it can be used under all weather conditions, is resistant to countermeasures and cannot be detected by the radars of adversarial units.

Fitted with a Global Positioning System (GPS), Inertial Navigation System (INS), Barometric Altimeter and Radar Altimeter subsystems, Atmaca uses its active radar seeker to find its target with high precision. The guidance suite includes INS and GPS systems as well as a barometric and a radar altimeter to provide sea-skimming capabilities. In the terminal phase, the system activates its RF seeker for maximum accuracy. It has an advanced and modern data link for its target update, re-attack and mission abort capabilities. A data link ensures target update if needed as well as re-attack or mission abort. Advanced 3D route planning features time-on-target, designated time-on-target, simultaneous time-on-target and salvo modes.

Atmaca was designed using composite material technologies to reduce weight and increase structural strength in line with developing technologies with its superior structural design. The launch control system of the missile was developed by Turkish defense electronics firm ASELSAN, while ARMERKOM developed the fire control system. In addition ASELSAN developed an anti-ship missile seeker radar. The French Safran TR40 turbojet engine currently powers the missile; however, in 2014 Turkey decided to create a national solution. Kale ARGE has been developing the KTJ-3200 turbojet that will replace the French engine on the Atmaca in due time.

The Atmaca will eventually replace Turkey’s Harpoon missiles since it is a local product and exceeds the harpoon-guided missile in terms of features. On the other hand, Harpoon costs more than $1 million, while Atmaca is priced at approximately $500,000. As a result Atmaca is cheaper than Harpoon because it costs less than half as much. Atmaca’s cost will also decrease after the KTJ-3200 replaces the current engine. The indigenous engine will also provide longer ranges to the missile.

By producing the Atmaca anti-ship missile, Turkey’s defense industry achieved another crucial step toward meeting the naval forces’ needs with local and indigenous products. Anti-ship cruise missiles are the backbone of the Turkish Navy’s armament. With the production of Atmaca, Turkey’s Naval Forces will no longer be reliant on foreign anti-ship missiles. Producing Atmaca is a strategic capability to phase out expensive Harpoon missiles imported from the United States and difficult to procure during a war. With the strategic planning process beginning in 2000, NATO-acquired technical and tactical experience enabled national production to succeed through civilian-military cooperation. In addition, the Turkish Navy boosted its deterrent and firepower with the use of the Atmaca manufactured domestically and equipped with domestic software/algorithms.