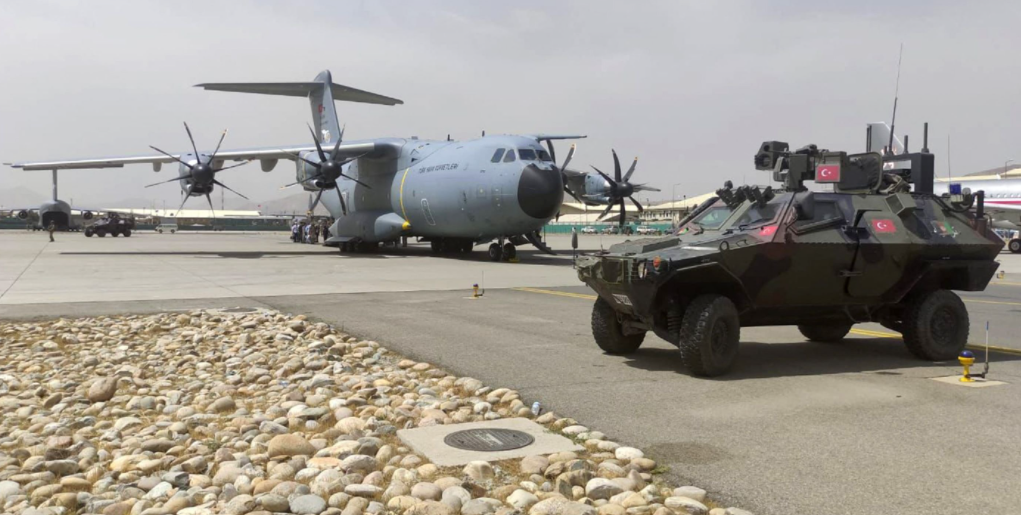 The Turkish government will not provide technical support to help the Taliban run the Kabul airport if the Islamist militant group doesn’t agree to a Turkish security presence there, Reuters reported on Friday, citing two Turkish sources.

“The operation can be done by Turkey technically … but security should be ensured by Turkey, too, through an extensive security team made up of former soldiers, former police or a private firm,” said one of the officials, speaking on condition of anonymity.

“We have not been keen on Turkey operating the airport in an atmosphere where security is provided by the Taliban, and the attacks yesterday showed this was correct,” the official added.

“It’s a very serious job, and we need to think of security and operation together,” another official said, underlining that even if security isn’t provided by the Turkish Armed Forces (TSK), it should be done by Turkey.

The Taliban, who swept back to power in Afghanistan 20 years after they were ousted in a US invasion, had asked Ankara for technical help to run the airport following the departure of foreign forces, including Turkish troops, by the end-August deadline.

Turkish President Recep Tayyip Erdoğan on Friday announced during a news conference in Sarajevo that Turkey has pulled out all its civilians and military from Afghanistan except for a small number of technicians.

At least 350 Turkish soldiers and some 1,400 other people have been evacuated by Turkey from Afghanistan since the Taliban captured Kabul on Aug. 15.

Turkey, which is part of the NATO mission, has been responsible for security at the airport for the last six years.

The officials’ statements to Reuters come in the aftermath of deadly attacks outside the airport, which exposed the perils of a potential Turkish mission in Kabul.

At least 170 Afghans and 13 US service members were killed in an ISIS-K suicide bombing outside the airport gates on Thursday, just days before the military withdrawal deadline and as countries were still racing to evacuate civilians.

Erdoğan said Turkey had not made a final decision on the airport mission because of the high risks involved.

He told reporters that Turkey was “not in a rush to start [commercial] flights or the like” and that Ankara would decide “when there is finally calm there [in Kabul].”

Keeping the airport open after foreign forces hand over control is vital not just for Afghanistan to stay connected to the world but also to maintain aid supplies and operations.

Turkey has praised what it described as moderate statements by the Taliban since their takeover but said their actions will determine Ankara’s position.