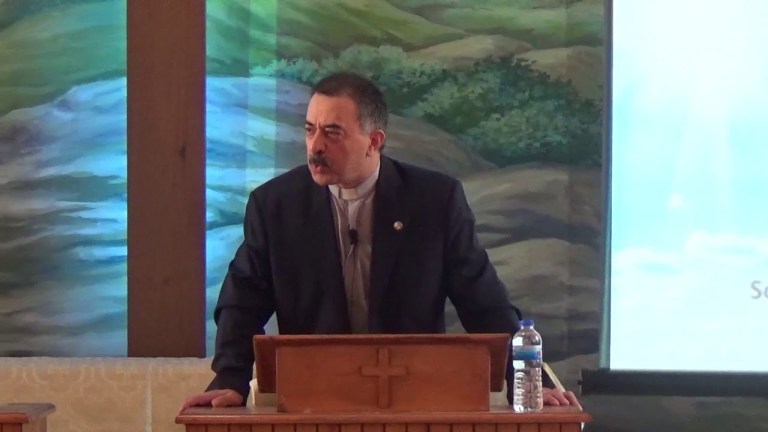 An Armenian Protestant church in Diyarbakır province has been leased to the Ministry of Culture and Tourism for a period of 10 years to serve as a public library, the Stockholm Center for Freedom reported, citing Turkish media.

According to the protocol, the ministry will pay a monthly fee of TL 1,000 ($120) to the Directorate General for Foundations.

The decision caused an outcry from Turkey’s Armenian community. In a video message shared by journalist Aris Nalcı on Twitter, Krikor Ağabaloğlu, leader of the Armenian Protestant community of Turkey, said the decision caused them great pain and that they absolutely condemned it.

“Can you imagine this? There’s a church where people can worship. There‘s a community, and it isn’t handed over for their use,” Ağabaloğlu said. “They don’t think it‘s appropriate to use this building as a church and instead allocate it to other people to be used for different purposes. … This can’t be considered appropriate, either from a religious or an ethical perspective.”

Arat Karagözyan, chairman of an Armenian non-profit, said the area where the church is located is closed off to civilians until 2023. “Given this, we wonder why they made such a hasty decision,” he said.

There have been ongoing concerns about the preservation of Armenian cultural and religious sites in Turkey. On January 17, the Turkish-Armenian bilingual Agos weekly reported that a 19th century Armenian church was put up for sale on a Turkish real estate website. In the ad, the church, which is located in Bursa province, was described as “perfect for a tourist attraction because it is in a UNESCO protected area.”

On January 26, Agos reported that an Armenian church dating to 1603 in the western province of Kütahya that was on the Turkish Ministry of Culture and Tourism’s preservation list was demolished after it was acquired by a private party.

Another Armenian church, Surp Yerrortutyun (Holy Trinity), will serve as the “World’s Masters of Humor Art House” as part of a project to found a “humor village” in central Turkey’s Akşehir district, the hometown of famous 13th century Turkish satirist Nasreddin Hoca.