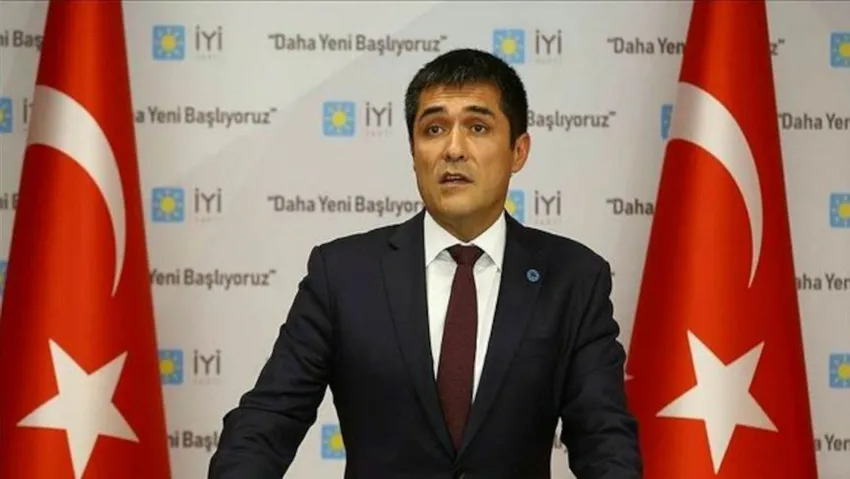 Buğra Kavuncu, the İstanbul provincial chairman of the opposition İYİ (Good) Party, was attacked on Friday while leaving a TV studio where he appeared on a program, the Stockholm Center for Freedom reported, citing Turkish media.

The attack was captured by the security cameras of Halk TV, where Kavuncu was prior to the attack. The reports said the attacker walked up to Kavuncu, said “Can I ask you a question?” and then punched him.

In a televised statement Kavuncu said the attack was the result of hate speech used against opposition politicians.

“One has to think what can happen when a president says, ‘These are your good days’,” referring to Turkish President Recep Tayyip Erdoğan’s comments on an attack against İYİ Party leader Meral Akşener in Rize province.

“They gave ‘Ms Daughter-in-Law’ a good lesson in Rize without going too far. … They did what they had to do,” Erdoğan had said in a statement to his parliamentary group on May 26, referring to Akşener, whose husband is from Rize and is thus called a daughter-in-law of the city. “This was just the beginning; let’s see what else happens. These are your good days.”

Kavuncu said his police protection was removed following the municipal elections of March 2019, without any explanation.

In a tweet Akşener said, “You won’t be able to silence good people,” making a reference to her party’s name.

Other opposition leaders also condemned the attack. In a tweet former prime minister and leader of the Gelecek (Future) Party Ahmet Davutoğlu said the attack was the result of hate speech used by the governing party.

Speaking on Artı TV exiled journalist Can Dündar said Erdoğan is deliberately targeting the İYİ Party. “The government has no difficulty marginalizing CHP [main opposition Republican People’s Party] and HDP [pro-Kurdish rights Peoples’ Democratic Party], but he can’t stop the rise of the İYİ Party, which appeals to a similar party base,” he explained.

On August 11, İYİ Party leader Akşener had come under verbal attack as she was addressing locals in Sivas province, the second attack she has faced in the past three months.