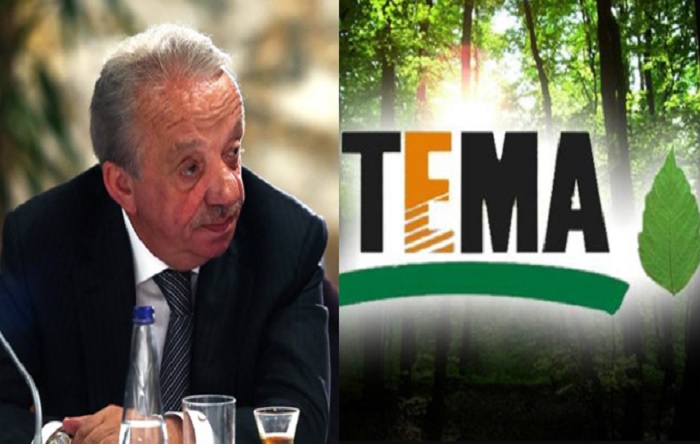 The Turkish Foundation for Combating Soil Erosion (TEMA), a nongovernmental organization promoting reforestation and the protection of natural habitats, has returned donations made by some companies in the wake of ongoing wildfires in the country on the grounds that they are involved activities that destroy the environment, Turkish media outlets reported.

More than 180 wildfires have scorched huge swathes of forest and killed nine people since breaking out along almost the entire Turkish coastline on the Aegean and Mediterranean seas on July 28.

Amid the ongoing fires, calls have been made for donations to reforest the burnt areas, which prompted donations to TEMA for the country’s reforestation efforts.

Yet, not all donations have been welcomed by TEMA. The prominent organization has rejected money from companies that are notorious for damaging the environment through their operations.

Among these companies was Cengiz Holding, whose TL 500,000 donation ($58,000) was rejected by TEMA. The amount donated by Cengiz would have facilitated the planting of 50,000 tree saplings.

Cengiz is among the five holdings that have won nearly all the large tenders in Turkey during the rule of President Recep Tayyip Erdoğan and was along with Limak Holding two of the world’s top 10 private sponsors of public infrastructure projects for the years 1990 to 2020, according to World Bank data.

Cengiz Holding has recently been the target of protests in the northern Black Sea province of Rize due to its quarrying activities in the İşkencedere Valley, located in İkizdere. Locals have been holding protests for several months to save dense forest cover in the area, which is considered one of the most precious natural beauties of Turkey’s northeast.