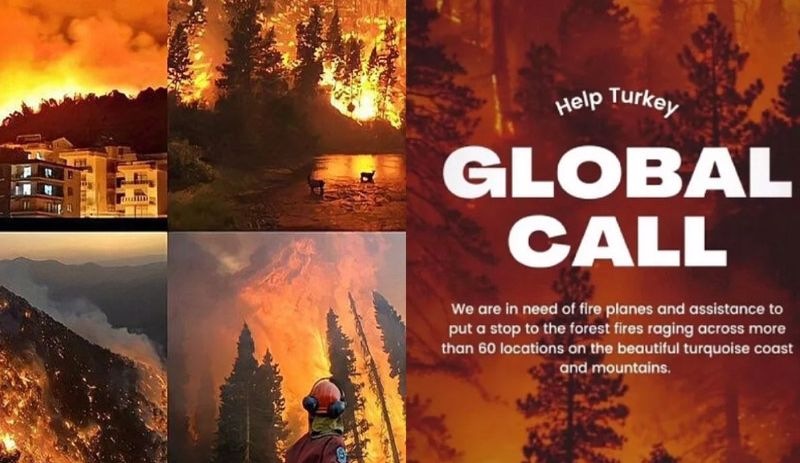 Turkish prosecutors have launched an investigation into social media users who shared and supported an aid campaign on Twitter earlier this week seeking international assistance to combat wildfires that have been ravaging Turkey’s coasts, according to an official statement.

The investigation was initiated by the Ankara Chief Public Prosecutor’s Office into social media users who took part in the “Help Turkey” campaign, launched on social media on Sunday. The social media users are accused of insulting the president and showing the Turkish state as powerless by making the aid call, according to a statement from the prosecutor’s office.

The global call made as part of the campaign said: “We are in need of fire planes and assistance to put a stop to the forest fires raging across more than 60 locations on the beautiful turquoise coast and mountains.” The “Help Turkey” tag, in addition, has become the top trending topic on Twitter, shared by millions of people including some celebrities.

The prosecutor’s office said the “Help Turkey” call was first shared by Twitter accounts named “Militer Doktrin” and “News Page Turkish” and that photos and inaccurate information regarding the fires were posted to create panic and chaos among the public, foment hatred among different groups in the society and humiliate the state. It also said new investigations will be conducted into the people following technical examinations of their social media accounts and their identification if they spread inaccurate information on social media about the wildfires and the government’s response to them.

Fahrettin Altun, Erdoğan’s director of communications, was quick to express the government’s uneasiness with the “Help Turkey” campaign, saying that it is was actually aimed at humiliating Turkey.

“The so-called aid campaign, which has been organized from a single center abroad, has been launched out of ideological motivations to portray our state as powerless and to weaken our unity,” said Altun.