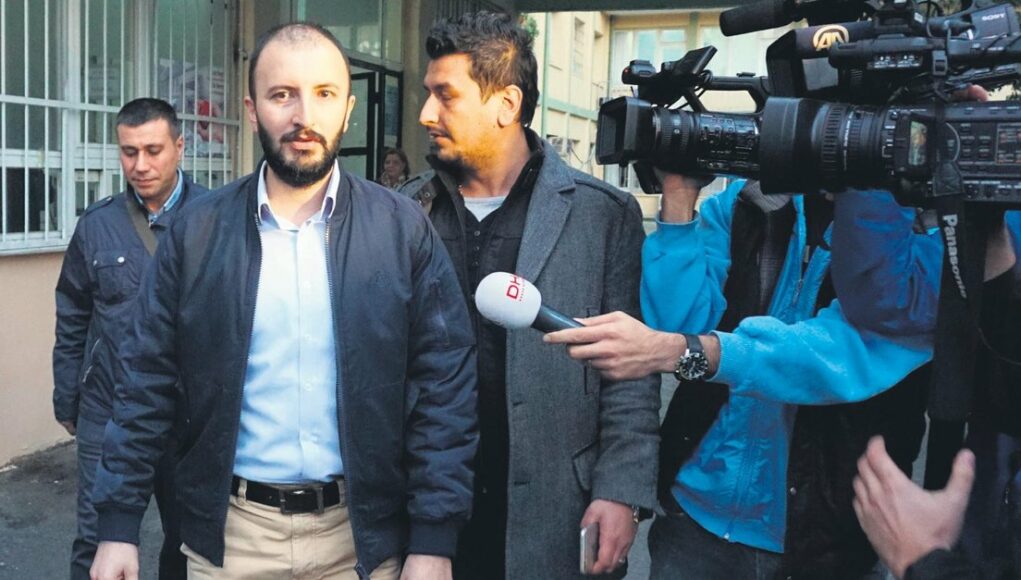 A hit list of 21 people including journalists, artists and politicians has been preoccupying intelligence agencies in Europe. Most people on the list previously had to flee Turkey due to political persecution and settle in Europe. What they share in common is their opposition to Turkish President Erdoğan, his regime and his partners.

The list was published on an Instagram account with the username of Jitem Kurt, which vowed that the 21 targeted individuals would be killed as soon as possible. Journalist Erk Acarer, who was on it, suffered a physical attack outside his house in Berlin on July 7. The assailants were shouting at Acarer to stop writing.

The German police began paying visits to the people listed in mid-July. The meetings were aimed at informing the potential targets about the list and offering security advice.

Germany: the new base of Turkish media

Hundreds of journalists fled Turkey during a two-year-long state of emergency declared at the request of Erdoğan’s government following an attempted military coup. They would spend the first years either in refugee camps or trying to start a new life amid financial difficulties. What brought them back into Erdoğan’s crosshairs was the new and influential platforms of journalism that they built in overseas.

After Erdoğan’s full-scale takeover of the mainstream media through the detention of dozens of journalists and the shutdown of more than 160 media outlets, these refugee journalists carried the independent Turkish media to Europe.

With their YouTube videos that are viewed millions of times and their social media accounts with a following of hundreds of thousands, they bring home to the Turkish public anything that is censored or ignored in Turkey’s mainstream media. One of these issues was the revelations of fugitive mob boss Sedat Peker.

Peker, who fled Turkey following a rift with former cabinet minister and Erdoğan’s son-in-law Berat Albayrak, used to be very close to Erdoğan. This powerful and forbidding mafia leader was instrumental between 2015 and 2020 in an intimidation and harassment campaign that targeted Erdoğan’s critics.

After his falling out with Erdoğan, Peker released a series of videos from his new base in Dubai in which he described in detail the criminal acts perpetrated in the past by Erdoğan’s associates, in some of which he was personally implicated. Each of his videos drew a viewership of some 40 million.

The foreign-based journalists pursued the clues in Peker’s narratives and uncovered a number of scandals involving people close to Erdoğan, including Syria-related arms trafficking and corruption in the defense industry. Among those implicated were Interior Minister Süleyman Soylu, intelligence chief Hakan Fidan and Cihan Ekşioğlu, a businessperson known for being a regular participant in defense industry tenders.

As expected, the government-controlled media ignored Peker’s revelations, while the beleaguered government-critical media showed a certain interest at first, only to ultimately retreat into self-censorship due to pressure.

The public turned to foreign-based journalists for the details of Peker’s accounts. While the Turkish media hit rock bottom in circulation and ratings, journalists broadcasting from abroad broke records in viewership.

The International Journalists Association (IJA) was founded in Frankfurt by German-based Turkish journalists who fled their country after 2016. Bringing together journalists from a variety of countries, the association supports independent journalism and promotes online platforms. Bold Medya and Turkish Minute are two of them.

Platforms such as Artı Gerçek, Ahval and Özgürüz were also established by such journalists.

One of the IJA’s significant projects was “ORKOZ,” a documentary published on the occasion of the fifth anniversary of the July 2016 coup attempt in Turkey. Despite the Presidential Communications Directorate’s several attempts at censorship and an access ban, “ORKOZ” was watched more than a million times in two weeks. Bedrettin Uğur, the producer and director of the documentary who lives in Germany, says that it’s not easy to return to one’s profession after five years and that he felt he was supported by the IJA during everything he went through. According to Uğur the Turkish government’s narrative on the abortive putsch has not gained recognition and the documentary’s ratings are proof of the Turkish public’s search for the truth.

Threats proportionate to the impact

I was among the 21 journalists on the hit list, which I was aware of before the police rang my doorbell. Yet, prior to the visit I encountered an even more interesting warning. It was a travel warning from the intelligence agency of one of Europe’s smaller yet significant countries which was telling me that their network was not as powerful as Germany’s and that they would have difficulties in ensuring my safety if I traveled there. In other words, they were politely advising me not to come.

It was indicative of a certain preparation on the part of European intelligence agencies about plans to assassinate Turkish journalists.

I had to leave Turkey in September 2016 due to arrest warrants, the shutdown of the Nokta magazine where I was a chief editor and a prison sentence of 22 and a half years that an İstanbul court had handed down to me.

I am one of the luckier journalists who were able to remain in the profession in the following years. Sometimes I wrote news reports from refugee camps, and at other times, when I couldn’t find a medium on which to publish my work, I posted on Twitter. I don’t remember the number of threats I received in this period, but I believe that we are faced with a new situation here.

My YouTube channel is one of the most influential, and every one of my videos is viewed hundreds of thousands of times. The threats against journalists like myself are increasing in line with our impact. Erdoğan and his partners have managed to completely stamp out journalism in Turkey. And now, they are seeking to do the same to those in Europe.

Lists a roadmap for fanatics

Europe is home to millions of Turks whom the Erdoğan government has for years been expending efforts and resources to indoctrinate. Germany banned the group Osmanen Germania and France the Grey Wolves. Yet, we have seen that these moves were not enough to stop the fanatics, as in the case of my colleague Erk Acarer, who was attacked in Berlin on July 7. The lists are published openly, in an effort to guide the fanatics. After the publication of the hit list, pro-Erdoğan journalists launched a campaign to point to us as targets. One of them, Hadi Özışık, uploaded a video on YouTube where he shared the pictures of all 21, calling us names like traitors and terrorists. Afterwards, a Twitter account shared the names of the countries where each listed journalist lived.

Similar things happened in the days leading up to the assassination of Turkish-Armenian journalist Hrant Dink and of the priest Andrea Santoro. Those two figures, along with a number of others from minorities, were first the target of publications containing hate speech. Afterwards, their addresses were released on the Internet. It was not hard to find two bigoted hitmen to take care of the rest.

A Washington-based lobbyist friend of mine who knows all about this and who is familiar with Turkey’s past has been insisting that I move to the United States as Europe can no longer be considered safe.

Should I prepare to look back at Europe the same way I looked back at my country one last time when I was on that migrant boat carrying me to Greek shores on September 1, 2016?