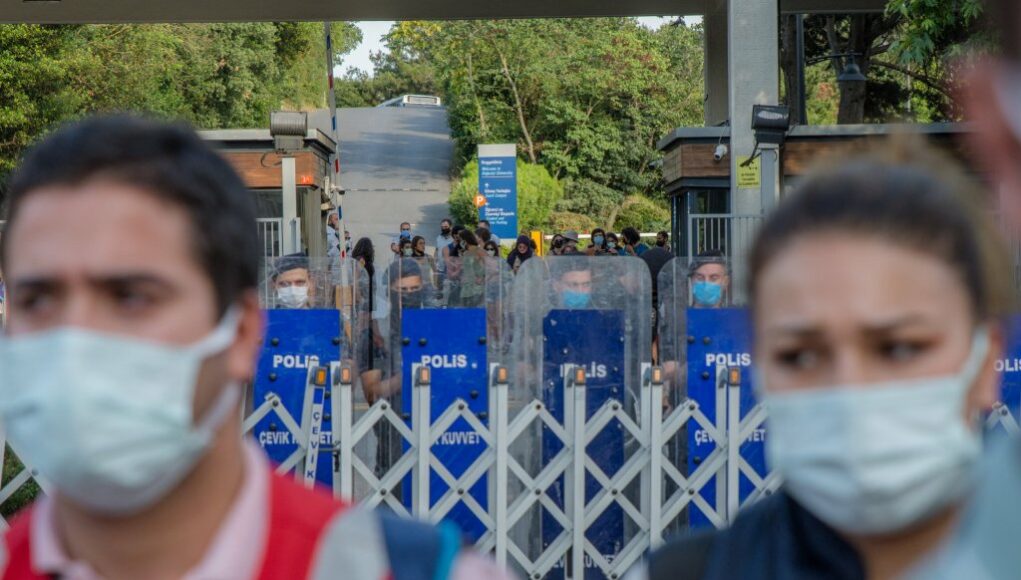 Academics and students are not being allowed to enter the Boğaziçi University campus by Rector Melih Bulu, whose appointment by President Recep Tayyip Erdoğan sparked protests, the Stockholm Center for Freedom reported, citing Turkish media.

Police and the university’s private security guards closed off the campus entrances with barricades on Saturday.

“I am being barred from entering Boğaziçi University, where I’ve been lecturing for 17 years,” academic Can Candan tweeted.

Students and alumni as well as politicians and activists have since the beginning of January protested the appointment of Bulu as rector of the university, arguing that it is a part of Erdoğan’s broader effort to centralize control over universities and that it undercuts academic freedoms and democracy.

Hundreds demanding the resignation of Bulu have been detained for participating in the youth-driven protests.

Bulu is a founding member of the ruling Justice and Development Party’s (AKP) Sarıyer district branch in İstanbul and unsuccessfully ran for parliament in the 2015 elections. He was also the leader of a team of “virtual raiders” that was established to respond to negative comments online towards Turkish President Erdoğan and the AKP and to spread pro-AKP propaganda.

Critics slammed the appointment of Bulu, saying he was not qualified for the job and that a state-appointed rector harmed the independence of the university.