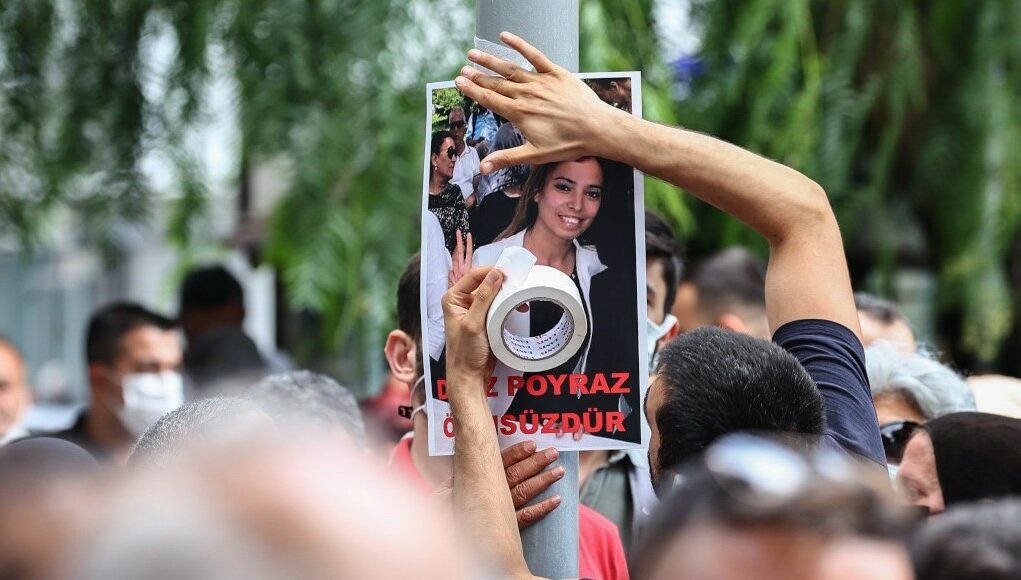 A Thursday attack on the pro-Kurdish Peoples’ Democratic Party (HDP) office in İzmir by an ultranationalist assailant who killed a party employee has sparked international outrage and widespread condemnation.

The European Parliament’s Socialists and Democrats (S&D) Group condemned the attack, expressing solidarity with the family of Deniz Poyraz, the victim of the attack, and the HDP, in a statement they posted on the group’s official website, www.socialistsanddemocrats.eu, on Thursday.

“We condemn in our strongest terms the murder of HDP party worker and member Deniz Poyraz in an attack perpetrated this morning by a gunman on the HDP İzmir provincial office,” Nacho Sánchez Amor, S&D MEP and EP standing rapporteur on Turkey, said in the statement.

Describing the attack as against “the basic principles underlying any democratic system,” Amor called for “a swift and firm reaction from all relevant authorities and political parties in the country.”

Amor further expressed “solidarity with our sister party in this sad moment, and in front of the unjustifiable political crackdown it has been suffering during the last period, including the possibility of being banned.”

“The continued political harassment and targeting against HDP, which is a breeding ground for this kind of senseless attack, must end now,” Amor said.

Amor also posted the following message on Twitter on Thursday: “Appalled to learn of the death of #HDP party worker Deniz Poyraz killed by an assailant attacking @HDPgenelmerkezi #İzmir office. All my solidarity to her family and HDP. Perpetrator of this heinous crime must be brought to justice. The political campaign against HDP must end.”

The Left in the European Parliament (GUE/NGL) on Thursday condemned the attack in a tweet that said: “We condemn the brutal raid on @HDPenglish office in Izmir, Turkey & the murder of party worker #DenizPoyraz. All our support & solidarity goes to the HDP & the loved ones of Ms Poyraz. The EU must speak out against Erdogan’s violent repression.”

“A fascist brutally murdered Kurdish activist Deniz Poyraz in Izmir’s party office of @HDPenglish today. This amidst climate of hatred against political opponents. My heartfelt condolences to Deniz’ family & friends during this difficult time,” she said in her tweet.

The European Free Alliance (EFA), a European political party, too, spoke out against the brutal attack in İzmir, in a Twitter message on Thursday.

“Following the murder of Deniz Poyraz in the attack on the @HDPenglish İzmir district building, EFA President @lorenalacalleA gives her condolences. This has been done on purpose to try to encourage a violent response. The strongest tool @hdpint has is full commitment to peace and dialogue to solve political differences. They will not be detoured from this,” the EFA said.

HDP politicians are frequently subjected to legal harassment and face terrorism charges in Turkey as the government and President Recep Tayyip Erdoğan see the party as the political front of the outlawed PKK.