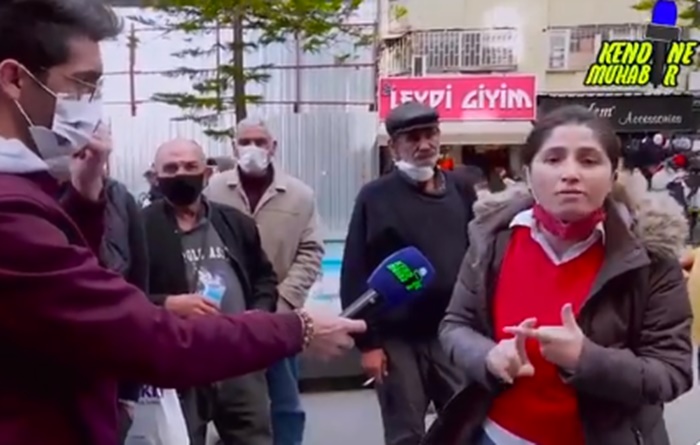 A teacher who was fired in the aftermath of a coup attempt in Turkey was detained on Wednesday after she criticized the policies of the ruling Justice and Development Party (AKP) in a street interview that attracted widespread attention on social media.

Sümeyya Avcı, a mother of four, was among thousands of teachers who were removed from their jobs following the coup attempt in July 2016 through government decrees, known as KHKs, on accusations that they had links to terrorist groups.

“I’m being detained,” she tweeted on Wednesday, and a second tweet said she was detained due to her social media posts and would be kept in detention for 24 hours.

Avcı, who on social media was frequently bringing up problems experienced by post-coup victims and their families who complain about being subjected to various kinds of isolation and discrimination in the society, attracted widespread attention when she gave a street interview to the YouTube channel Kendine Muhabir in the southern province of Antalya in March.

The video was shared many times on social media.

In the interview, Avcı complained about the ignorance of the Turkish people and said people elect the ruling Justice and Development Party (AKP) because the party comprises pious people although the people themselves do not practice the basic rules of Islam or know the message of Islam.

She said Turkey has become a country where the most well-educated people in society languish behind bars or had to flee abroad because of the government’s post-coup crackdown.

Avcı said she would never stop speaking out and was ready to go to jail because she does not want to be ashamed in front of her children in the future for keeping silent at such a time.