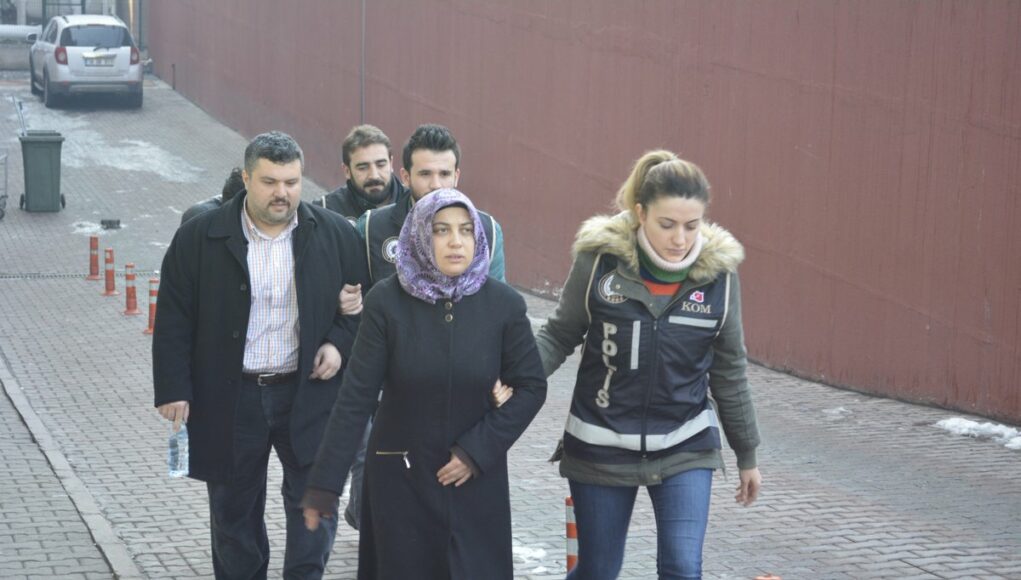 “Who introduced you to your spouse?” is one of the questions routinely asked during the interrogation of people detained as part of investigations into the Gülen movement in Turkey. This seemingly odd question about private life is connected to the mass incarceration of thousands of people in the country. A police operation on the morning of Jan. 26 that led to the detention of 19 upon warrants issued by Ankara prosecutors was just one example.

The detainees are charged with forming the “marriage network” of the Gülen group, which is accused by the Turkish government of orchestrating a failed coup in July 2016 despite its denial of any involvement. According to the prosecutors, the suspects taken into custody were involved in efforts to help single Gülen movement followers get married.

“In the framework of investigations into FETÖ’s current marriage network, detention warrants have been issued in Ankara for 19 suspects across 13 provinces who have been identified in informant testimonies as being affiliated with the FETÖ/PDY,” the Ankara Chief Prosecutor’s Office said in a written statement, using the derogatory terminology that the Turkish government and authorities have adopted to refer to the group.

Family is also one of the fields that the National Intelligence Organization (MİT) looks into as part of their efforts to uncover members of the faith-based group. Having a handicapped child is also one of MİT’s criteria as Gülen followers often choose not to abort their handicapped babies out of religious considerations.

Another criterion is how the spouses met each other. If the couple was introduced to each other with the help of a Gülen follower, the entire family is identified as such.

Coming from a modest socioeconomic background and climbing up in society is also one of the criteria. For instance, high-ranking civil servants or military officers who grew up in rural areas and in families without other high-level bureaucrats are also suspected.

Getting an education abroad and speaking foreign languages are also listed as criteria as many Gülen followers, particularly those in public service, have gone abroad for education at some point in their lives and their linguistic skills are often above the national average.

Among the many criteria, those who fulfill at least three are usually identified as suspected Gülen movement members and referred by prosecutors to courts for arrest.

According to Interior Ministry data, some 550,000 people in Turkey have been the subject of Gülen-related investigations, and about 170,000 have thus far been arrested for varying periods of time. Some 30,000 are currently held behind bars, and thousands of cases are still pending before courts.

Questions about marriage are included in a blueprint list of questions compiled for the interrogation of allegedly Gülen-affiliated detainees. Along with questions regarding whether the suspects had accounts at the Gülen-linked Bank Asya or went to a Gülen-affiliated school, they are also asked how they met their spouses. The suspects’ stories about their relationship and marriage are included in their interrogation files. If suspects reveal that they were introduced to their spouses by means of an identified Gülen follower, their marriage is flagged in the investigation as an “organizationally arranged marriage.”

With hundreds of thousands of followers and sympathizers, over 90 percent of whom are university graduates, the movement comprises one of the best-educated segments of Turkish society, where the national average of the university-educated is at 13.9 percent.

In the beginning, members of the group had a hard time grasping the reason behind the questions dealing with their private life. When sports teacher Semra Polat was detained in 2017, she was unaware of the family-related criteria. Polat was asked how she met her husband, which she found ridiculous. After many Gülen followers faced criminal charges arising from their marriages, members of the group now expect to be interrogated about their private lives if or when they are detained.

The strictest marriage-related monitoring was conducted in the Turkish Armed Forces (TSK) where, according to a February 2017 report by the pro-government Milliyet newspaper, military officers whose spouses were doctors or judges were listed as suspected Gülen followers by Ankara prosecutors as their marriage was found to be “unnatural.”

Living under immense pressure and excluded from social life for the last few years, Gülen member marriages and cohabitation are treated by authorities as criminal organization activity. Over the last two years, mass detention operations targeting student houses have been presented by the authorities and the pro-government media as “re-structuring,” meaning new efforts by Gülen members to reorganize among themselves, and investigations into marriages have been introduced by using the term “marriage network.”