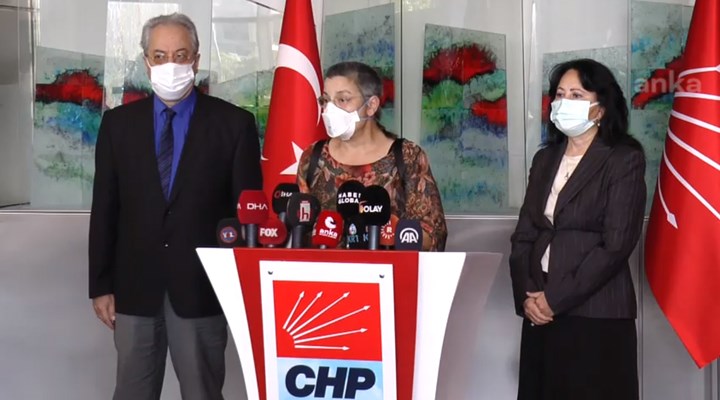 For the first time since the outbreak of the coronavirus in Turkey in March, the Health Ministry on Wednesday announced the number of daily coronavirus infections, which stood at 28,351 over the past 24 hours.

Until now the ministry had been revealing the daily number of coronavirus “patients” with symptoms that required hospitalization, while people without symptoms were excluded, leading to accusations of a cover-up.

A group of executives from the Turkish Medical Association (TTB) claimed on Thursday that the daily number of coronavirus infections announced by the ministry on Wednesday is still much lower than the actual figures.

TTB Secretary-General Professor Vedat Bulut said at a news conference following a meeting with officials from the Republican People’s Party (CHP) in Ankara that at least 14,000 new coronavirus infections were identified in Ankara alone on Wednesday.

Bulut said the information about the number of the daily coronavirus cases in Ankara came from contact tracing teams in the city and does not include hospitalized patients.

Head of the TTB Professor Şebnem Korur Fincancı said at the news conference there are at least 50,000 positive coronavirus cases in Turkey a day based on information received from family physicians.

“Considering the data flowing to us from the field, the daily infection number of 28,351 is very low, but it’s still important that they had to reveal at least this much,” said Fincancı.

The TTB executive also suggested that a full lockdown of at least two but preferably four weeks would help reduce the spread of the coronavirus in the country.

The number of coronavirus deaths is also a matter of dispute as some opposition party mayors and politicians claim the death toll is much higher than announced.

In response to remarks from Health Minister Fahrettin Koca, who tacitly criticized İstanbul Mayor Ekrem İmamoğlu, saying, “The numbers we announce are correct. Everyone should concentrate on their job,” İmamoğlu said the pandemic can only be overcome with transparency.

“Yesterday [Wednesday] both Russia and Germany announced very high coronavirus death toll figures. What happened? Did Germany lose its prestige or Russia collapse? Sharing information with the public [about the pandemic] helps people better understand it and prompts the authorities to take stricter measures,” said İmamoğlu.