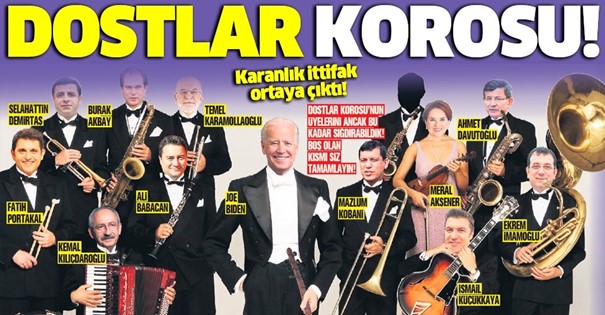 The presidential election in the US is being closely followed in Turkey and among the Turkish community living in the US. While supporters of Turkish President Recep Tayyip Erdoğan favor the reelection of incumbent US President Donald Trump, the Turkish opposition is leaning towards Democratic nominee Joe Biden.

While Trump had initially caused a certain unease among Erdoğan’s ruling Justice and Development Party (AKP) with his remarks targeting Islamist governments during his first election campaign and upon his victory in 2016, the following period saw a constant strengthening of the relationship between Erdoğan and Trump.

Sanctions proposed against Turkey in Washington over Turkey’s state-run Halkbank, which is accused by New York prosecutors of helping Iran evade US sanctions, and Turkey’s purchase of the Russian-made S-400 air defense system, have long been on hold. The prevailing view in Turkey is that this was only possible thanks to the strong personal ties between the two leaders.

Their personal relationship predates Trump’s ascent to the White House as he had first met Erdoğan while negotiating real estate investments in Turkey.

Throughout the electoral campaign, Turkey’s pro-government media often cheered for Trump. The state-owned Anadolu news agency’s video interviews with Turkish-Americans exclusively featured those who said they were going to vote for Trump. They said their choice was based on Trump’s close relations with Erdoğan and Biden’s hostile remarks.

Another grievance voiced by pro-Erdoğan people is that the July 2016 military coup attempt in Turkey had taken place during the Barack Obama administration in which Joe Biden served as vice president.

Abdülkadir Selvi, a journalist close to Erdoğan, pointed this out while votes were still being counted in the US, saying: “Obama’s second term was a disaster. After all, we went through the July 15 attempted coup just as Obama was leaving office. The US was behind that abortive putsch.”

“We do not know the outcome yet, but Trump’s attitude towards Turkey has gone beyond apprehension and has caused deep trauma,” Kılıçdaroğlu said, adding that he hopes not to witness a repeat of the same problems.

Biden’s ties to the Turkish opposition date back to 2016, when he paid a visit to Turkey as vice president and met with officials from the CHP as well as the Peoples’ Democratic Party (HDP), which has a strong presence in Turkey’s predominantly Kurdish Southeast.

In addition, Biden met with the wife and son of journalist Can Dündar, who was imprisoned at the time. Biden drew attention to the jailing of Turkish journalists for criticizing Erdoğan.

Turkish pro-government media outlets have been publishing derogatory lists of Biden supporters in Turkey. In a collage published in the Takvim newspaper, a wide range of opposition politicians and journalists who supposedly favor Biden were portrayed as a chorus led by Biden himself, with the description “The chorus of friends: The dark alliance comes into view.”

The Yeni Şafak newspaper, a staunch advocate of Erdoğan, published an article alleging that the entire opposition in Turkey, along with groups considered by Turkey as terrorists, was cheering for Biden.