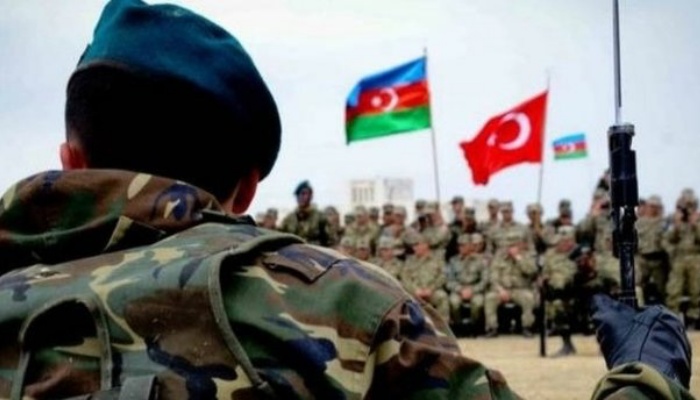 Turkey’s defense exports to Azerbaijan had sextupled over the course of nine months in 2020, before the Azerbaijani army engaged with Armenian forces over the disputed Nagorno-Karabakh enclave on September 27, Deutsche Welle reported on Wednesday, citing Turkish Exporters Assembly (TİM) data.

According to the TİM data, Turkey exported $123 million in defense and aerospace equipment in the first nine months of 2020. The figure was $20.7 million in the same period of 2019.

The export of equipment by the Turkish defense sector to Azerbaijan stood at $420,000 for the month of September 2019, while the figure was $77 million in September 2020.

Products in the defense and aerospace industry category include armed and surveillance drones, tanks and aerostructures.

Azerbaijan accused Armenia on Wednesday of trying to attack its gas and oil pipelines as tensions escalated despite a fragile ceasefire in Nagorno-Karabakh.

Armenia dismissed the claim and accused Azerbaijani forces of trying to seize control of the territory governed by ethnic Armenians, despite Saturday’s humanitarian ceasefire.

Russia tried to dial down the hostile rhetoric and called on both sides to observe the ceasefire it brokered over Nagorno-Karabakh after clashes killed more than 600 people since September 27.

Putin raised concerns about the involvement of Syrian mercenaries in the Nagorno-Karabakh conflict, a claim denied by both Ankara and Baku. The two leaders agreed on the importance of a Moscow-mediated ceasefire in the conflict, the Kremlin said.