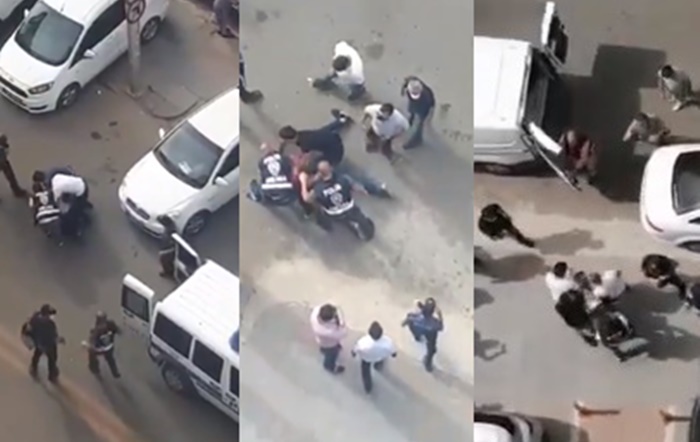 The event was held in front of HDP headquarters in Ankara to release a statement and also protest the interior ministry’s practice of removing Kurdish mayors and appointing government trustees to replace them.

After the intervention turned violent, some party members were dragged on the ground and handcuffed. Provincial Co-chair Vezir Coşkun was injured and required stitches to his head.

“We have been seeing in the last two to three years that they are extremely intolerant towards all peaceful demonstrations and marches in Ankara,” Coşkun said. “This is the central location where public institutions put their signatures to unlawful acts and injustices. Their attitude is especially harsh because protests here expose the hollowed-out public institutions.”

The government has appointed trustees to take over 45 municipalities out of the 65 won by the HDP in last year’s local elections.