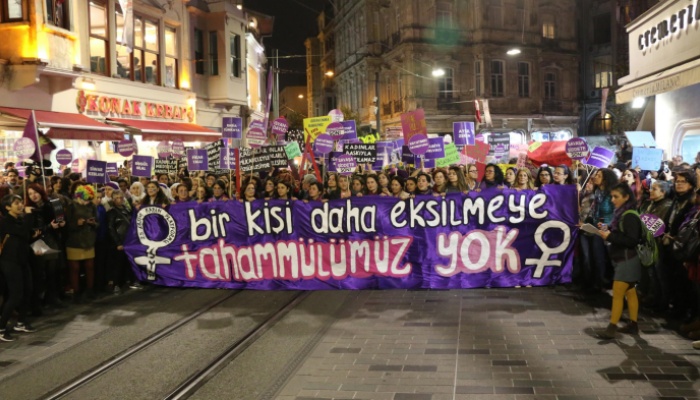 İstanbul police on Monday evening dispersed women who gathered to mark the International Day for the Elimination of Violence against Women, using pepper spray and plastic bullets after the demonstrators decided to march to Taksim Square, Turkish media reported.

Thousands of women gathered in İstanbul’s Beyoğlu district after a call from the November 25 Women’s Association.

The demonstration, which was initially prohibited by the local district governor’s office, was allowed to proceed under limited conditions, such as keeping it away from the Taksim Square.

The women participating held placards bearing the names and photographs of victims of femicides over the last few years, including Nadira Kadirova, an Uzbek maid who died in the home of a ruling party deputy in an apparent suicide.

Her death was scrutinized by the Turkish opposition, but the official investigation produced no evidence of murder.

Women in other Turkish cities also gathered on Monday to mark the day, showing solidarity with the victims.