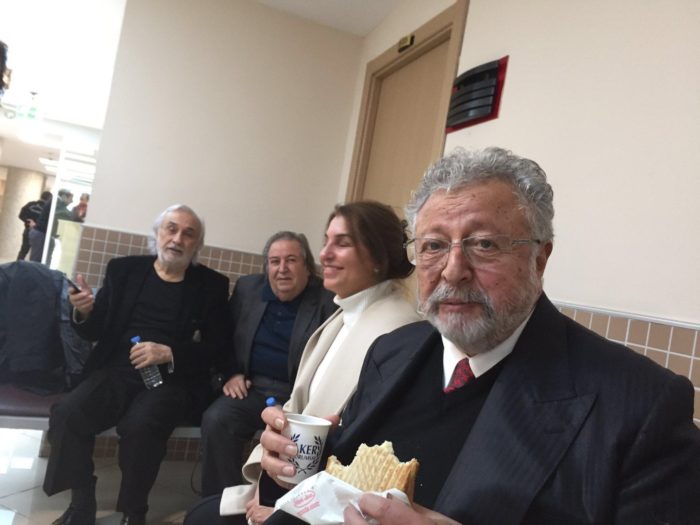 As part of an ongoing investigation into critical remarks made by veteran Turkish actor Metin Akpınar, the prosecutor in the case on Monday launched a second probe based on the actor’s remarks that allegedly encouraged people to rebel against the Turkish government.

Akpınar is already under investigation for criticism in December on Halk TV for allegedly insulting the president, humiliating a segment of society and praising a crime and criminals.

The actor will now be the subject of two different investigations.

On Dec. 26 Ömer Çelik, spokesman for Turkey’s ruling Justice and Development Party (AKP), claimed that remarks made on a TV show by actors Akpınar and Müjdat Gezen about President Recep Tayyip Erdoğan constituted hate speech and therefore were a “crime against humanity.”

Akpınar and Gezen, made fascism-related remarks on Halk TV allegedly in reference to Erdoğan.

“It is not criticism to suggest that an elected president be hanged by his feet or killed in a cellar. Those remarks amount to hate speech, a crime against humanity, unacceptable both morally and politically,” Çelik said.

The two actors were detained in late December after they were verbally targeted by Erdoğan. Following their questioning by a prosecutor and appearance before a judge, they were released on probation including a ban from travelling overseas.

Later, it was reported that Halk TV was fined TL 80,000 ($15,000) and prohibited from broadcasting five episodes of “Halk Arenası” by Turkey’s Radio and Television Supreme Council (RTÜK) for allegedly provoking hatred and enmity among society and exceeding the limits of criticism.