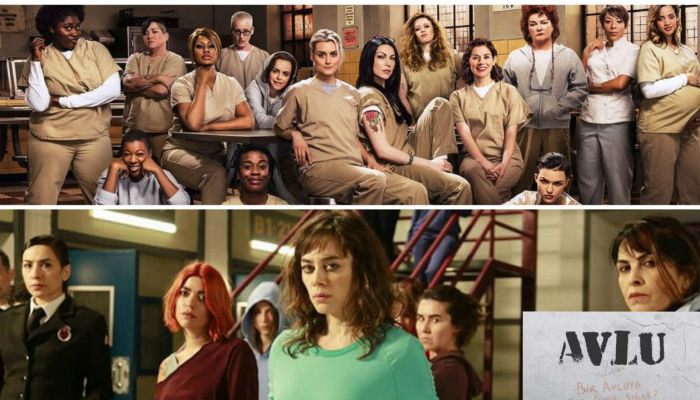 The Turkish adaptation of US TV series “Orange Is the New Black,” Avlu (The Yard), faces censorship over some of its scenes considered to be spreading propaganda on behalf of terrorist organizations.

Starring Turkish actress Demet Evgar as the lead character, the new TV series is set to debut on March 29.

The Cumhuriyet newspaper reported Monday that Justice Ministry officials have asked the Radio and Television Supreme Council (RTUK) to “take necessary measures” for some scenes that allegedly make prison officials look like torturers and prisons appear to be torture centers.

“To create such a perception of prison facilities would serve terrorist groups’ interests,” the ministry said in its request.

Human Rights Watch (HRW) said in a report in October 2017 that people detained after a 2016 failed coup in Turkey have been subjected to torture in police custody and that several were abducted outside detention facilities. (TurkeyPurge)