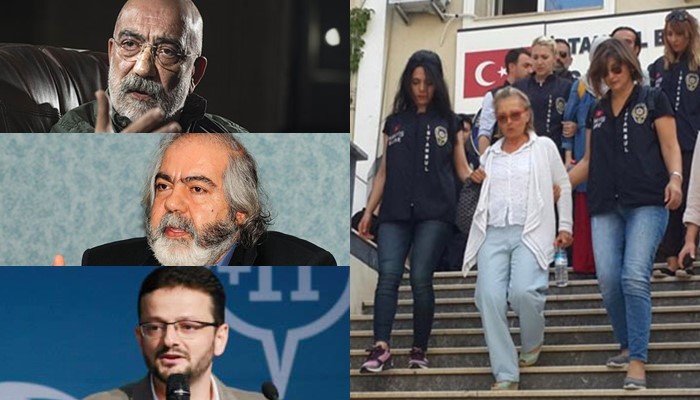 Ergin Cinmen, a lawyer representing prominent journalists Ahmet Altan and Mehmet Altan, has told judges hearing the trial of his clients to comply with a Constitutional Court decision that ruled the rights of Mehmet Altan had been violated, or else they could be expelled from their posts in the future for failing to do so.

The Constitutional Court ruled on Jan. 11 that Mehmet Altan and another jailed journalist, Şahin Alpay, be released, saying their rights had been violated. But İstanbul’s 26th and 13th High Criminal Courts refused to comply with the order to release the journalists.

The İstanbul 26th High Criminal Court on Monday resumed the journalists’ trial, which will continue until Friday, when the court is expected to conclude proceedings.

“I wish the esteemed panel of judges would change their decision about not complying the top court’s ruling at the very last moment. The Constitutional Court has actually made our defense and a ruling for this trial,” said Cinmen.

The lawyer noted that criticism of the top court’s decision regarding Mehmet Altan and Alpay by Prime Minister Binali Yıldırım and Deputy Prime Minister Bekir Bozdağ shows that the judiciary has been dealt a severe blow by the high-level state officials.

When the presiding judge of the trial asked the lawyer to conclude his remarks, Cinmen told the judges in the courtroom that their failure to comply with the top court’s ruling would be tantamount to abuse of duty on their part and that they could face expulsion from their positions in the future by Turkey’s Board of Judges and Prosecutors (HSK).

Ahmet Altan, Mehmet Altan and Ilıcak are among 17 defendants accused of membership in the alleged “media arm” of the Gülen movement, which is blamed by the Turkish government for a failed coup attempt on July 15, 2016.