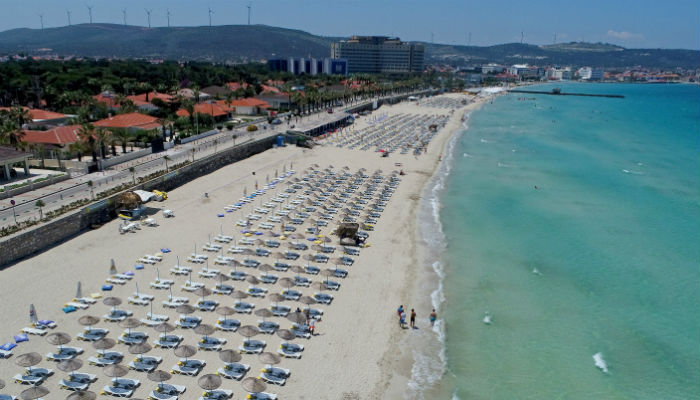 The results of two public surveys conducted in Germany have shown that the majority of the Germans prefer not to go to Turkey on holiday due to the current political situation in the country.

One of the surveys, conducted among 5,092 Germans by the Der Spiegel news website, showed that 92 percent of respondents are not thinking of travelling to Turkey for a holiday due to the current political circumstances in the country.

Another survey conducted by the YouGov polling company reached similar results to those of Der Spiegel. The survey by YouGov revealed that 89 percent of Germans don’t want to go to Turkey on holiday, while only 5 percent of Germans want to travel to the country to spend their vacation.

As a crisis between Germany and Turkey escalated over the arrest of human rights activists including a German national, Peter Steudtner, German officials warned citizens against the risks of travelling to Turkey.

The recent surveys revealed that the rift between the two NATO allies has influenced the travel choices of German citizens.

The YouGov survey also asked Germans their opinions about democracy in Turkey. Eight out of 10 Germans said Turkey is not a democracy and that Berlin’s attitude towards Ankara should be harsher.

Regarding Turkey’s European Union membership, 84 percent of respondents said they are against it and 82 percent said Turkish politicians should be prohibited from organizing events in Germany.

Tensions are running high between Turkey and Germany since Turkey’s crackdown on opposition groups, including journalists and human rights defenders, after a botched coup attempt on July 15, 2016. More than 150,000 people have been sacked or suspended from jobs in Turkey’s civil service, military and private sector and more than 50,000 have been jailed on coup charges.

While Germany’s refusal to allow Turkish ministers and government officials to campaign there for an April 16 constitutional referendum in Turkey, the nixing of a proposed rally to be held by Turkish President Recep Tayyip Erdoğan during the G-20 summit in Hamburg and the the barring of entry into Germany of members of Erdoğan’s security detail who attacked protesters in Washington in May all further strained relations, Turkey is accusing Germany of hosting “terrorists” who allegedly took part in the coup attempt and denying a visit by German lawmakers to military bases in Turkey.