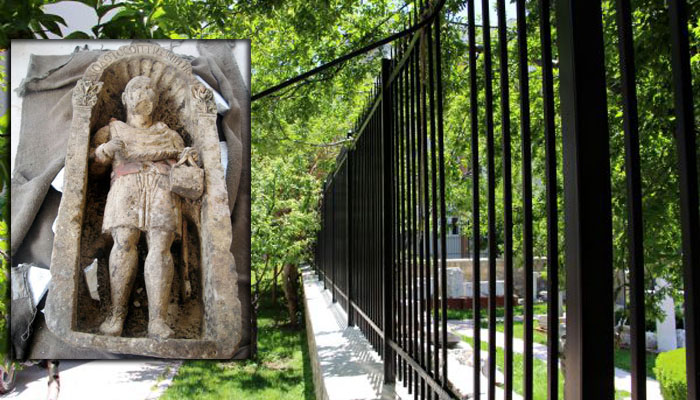 A sixth century statue of a priest was stolen from a museum garden in Isparta’s Yalvaç district, located in Turkey’s western Aegean region, the Doğan news agency reported on Wednesday.

According to the story, officials from the Yalvaç Museum noticed that the statue was missing when they got to work early on Wednesday.

After police arrived on the scene, it was discovered that the iron railing on the retaining wall of the museum property had been cut. The police have launched an investigation into the incident.

The statue was seized by police and handed over to the museum in December 2010 when four people brought the statue from Nevşehir province to sell it in Yalvaç.

Police believe the same suspects who were caught with the statue and released after a brief detention in 2010 might have stolen it again, Doğan reported.