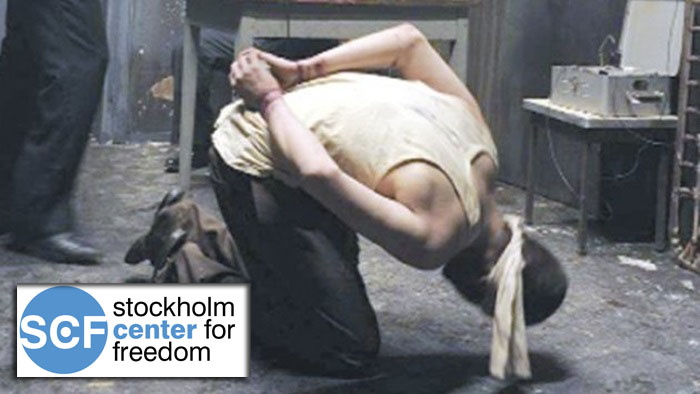 The torture, ill-treatment, abusive, inhumane and degrading treatment of people who are deprived of their liberties in Turkey’s detention centers and prisons has become the norm rather than the exception under increased nationalistic euphoria and religious zealotry in the country, the Stockholm Center for Freedom (SCF) has stated in a summary of its latest study.

The Turkish government has even allowed members of the security forces to use black sites to hold large numbers of detainees without due process and without access to a lawyer or family members.

Police, military and intelligence officers have acted with impunity in perpetrating torture and ill-treatment of detainees. In many cases Turkish authorities refused to investigate torture allegations and ruled for non-prosecution when they were compelled to initiate probes.

“The most worrisome aspect for the resumption of torture practices reminiscent of the notorious years of the 1980s and 1990s in Turkey is the introduction of jihadist motivation for perpetrators of torture and cruel treatment,” Abdullah Bozkurt, the president of SCF, said.

President Recep Tayyip Erdoğan was the chief instigator encouraging the torture and ill-treatment of his critics, especially Gülen movement participants. He went to an extreme by declaring that movement sympathizers “do not have a right to life” and has often entertained the idea of re-establishing the death penalty specifically for these people. In fact, some of the suspicious cases of death in custody are believed to have been caused by torture perpetrated on victims, but their cases were hushed up.

The report details 29 cases of torture including rape, sexual abuse, severe beatings, sleep deprivation, stress positions, the application of cold pressurized water, deprivation of food and water and threats to kill and rape. Some of the torture allegations were made by the victims at the first hearing in their trial or during arraignment, the first public opportunity to raise their cases in the courtroom. Many were documented by lawyers and family members of the victims.

Although members of the Gülen movement have been viciously targeted by the Erdoğan regime and have borne the brunt of these torture and ill-treatment practices while under detention or in prison, Kurds, Alevis, leftist groups and others have received their share of oppression and repression.

By allowing torture to make a comeback in Turkey on a larger and unprecedented scale, the Turkish government has violated not only Turkish law but also international human rights laws. Emergency rule does not absolve Turkey from respecting these commitments under the conventions.

The cases recorded in the report represent only tip of the iceberg in pervasive torture and ill-treatment of detainees and prisoners in Turkey. Many are afraid of speaking up for fear of further repercussions.

The fact that thousands of lawyers, journalists, human rights defenders, academics, doctors and forensic experts were arrested as part of an escalating intimidation campaign by the Turkish government made it quite challenging to document torture and ill-treatment cases.

A total of 154,694 individuals have faced a legal action, most in the form of detentions, and 50,136 have been jailed due to alleged Gülen links in the last 10 months alone.